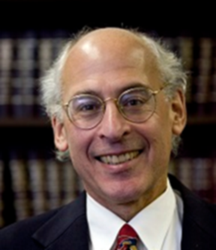 “The patent system is being undermined by indiscriminate use of the term 'Patent Troll’. In view of the fact patent rights emanate from the U.S. Constitution, this precedent-setting defamation case sets forth important issues based on facts that should be resolved by a jury.” said Bill Lerner.

Plaintiffs Automated Transactions LLC ("ATL") and David Barcelou, a self-made inventor, are pleased to announce the retention of Steven M. Gordon, Esq. and Timothy McLaughlin, Esq. of the firm Shaheen & Gordon P.A. as Appellate Counsel on a case rapidly garnering national attention. Plaintiffs ATL and Mr. Barcelou sued the American Bankers Association and several other defendants ("ABA" et al.) in a September 23, 2016 defamation case alleging that the use of the term "Patent Troll" when used to describe Mr. Barcelou and ATL’s legitimate patent portfolio licensing business was defamatory under New Hampshire law. The Complaint alleged that referring to Mr. Barcelou or ATL as a “Patent Troll” was designed to place him in a negative light among the specifically targeted audience of bank and credit union executives.

Plaintiff’s filed a Rule 7 Notice of Mandatory Appeal on April 18, 2017 shortly after a Decision rendered on March 20, 2018 by Sullivan Superior Court Judge Brian T. Tucker that dismissed the claims and the complaint. Shaheen and Gordon have filed an appeal.

William Lerner, ATL's General Counsel said; “The United States patent system is being undermined by indiscriminate use of the term 'Patent Troll’. In view of the fact patent rights emanate from the U.S. Constitution, this precedent-setting defamation case sets forth important issues based on facts that should be resolved by a jury and not a court.”

Attorney Steven Gordon has argued in his notice of appeal that Mr. Barcelou and ATL were peremptorily denied their right to proceed to a jury trial on their claims of defamation against the defendants named in the Complaint. Mr. Gordon said “We appreciate our retention and our team intends to work vigorously to secure our client’s right to a jury trial”. Shaheen & Gordon’s last defamation case ended in a record $275 million jury verdict in September 2017.

Mr. Barcelou commented that "I have been a self-made inventor for the past 40 years and have 30 patents registered with the U.S. Patent Office covering a range of products from the award-winning CHEXX™ ice-hockey arcade game to the revolutionary new Automated Teller Machine (“ATM”) now at issue in this dispute. I have always been respectful that over 200 years ago the fore-fathers of our country had the wisdom to Constitutionally protect the rights of individual inventors like myself to innovate, grow and prosper using the US patent system."