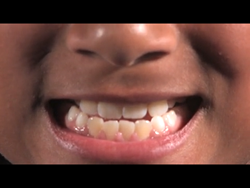 100% of the participants’ parents reported that their children attempted to speak or whisper words in general environments, outside of the treatment sessions

Participants were aged between four and eight and all completed 10 five-minute sessions of VAST (twice a week, over five weeks).

These results had not diminished upon one-month and two-month check-ups, following the experiment. Therapists reported no regression in speech functionality or behavior and, instead, 5 out of 6 participants had continued to progress at an accelerated rate compared with before the test.

iTherapy, LLC — Bay Area developers of immersive educational technology for those with communication challenges, such as autism — today announced exciting results from a Phase I NIH-funded research project. The study examined the effects of the company’s groundbreaking Video-Assisted Speech Therapy (VAST) software on functional language abilities in non- and minimally verbal children with autism spectrum disorder (ASD), between the ages of four and eight. Results showed measurable positive changes in the areas of imitation, accuracy, joint attention, and social referencing, after just seven weeks.

All participating children completed a three-minute VAST session, twice a week — either on a tablet or using a virtual-reality (VR) headset. Prior to testing, very few participants showed attention or responses to the stimuli. However, by the end of the study, 5 out of 6 participants sat still, attended to the stimuli, and produced responses. All parents reported that their children increased attempts to say or imitate words. Four of the 6 parents saw an increase in eye gaze, communicative attempts, time on task, and joint attention.

The researchers also recorded measurable increases in the children’s mean length of utterance (MRU) and a significant increase in articulation accuracy. Strikingly, check-ups on participants’ behavior and reported speech functionality, made one month and two months after the experiment, found that therapists noted no regressions in functionality and, instead, 5 out of 6 participants had continued to progress at an accelerated rate compared with before the experiment. All participants were reported to be much more attentive during subsequent therapy appointments and seemed to be generalizing skills developed during the VAST study.

Lois Jean Brady and Matthew Guggemos, the experienced speech-language pathologists at the helm of iTherapy, are thrilled with the results from this initial NIH study, which back up their observations from using VAST in clinical practice. The timing of this study has also yielded unexpected benefits. Brady explained, “Because the pandemic forced us to conduct the study as tele-research, we relied on parents to participate actively in every session. We got unexpected, invaluable insights on how to modify future iterations of both the video content of VAST and the VR goggles. It was also a great window into the real-life impact of this technology. I remember one parent in particular was tearful and ecstatic at the post-testing, after just seven weeks of these three-minute sessions.”

iTherapy believes this study has produced highly significant support for this method of teaching language-based communication to people with autism. The company promotes the use of programs on tablets or VR devices, which allow individuals to process stimuli at a more manageable rate, allowing them to cross-reference the stimuli at their own pace, while learning to assign meaning to a spoken or written word.

The company are confident that the promising results from this initial study will pave the way for exciting Phase II testing, during which they will expand their pilot sample size of six individuals. In the meantime, iTherapy’s VAST apps — VAST-Autism, VAST Songs, and VAST Pre-Speech Motor Planning — are available to download now on Apple or Android devices.

iTherapy, LLC is a San Francisco Bay Area company that develops engaging immersive technology which increases quality of life for individuals with communication challenges such as autism. Since 2011, iTherapy has provided thousands of individuals with evidence-based solutions to everyday communication challenges, both through its innovative software and its medical speech therapy clinic, where its speech-language pathologists provide services to a variety of clients. iTherapy’s InnerVoice app has won multiple awards, including the Mensa ERFIB to Society Award in 2013.

Research supported by the National Institutes of Health

VAST for Autism and Apraxia