Fertilizer Runoff and Dead Zones Cost the US Billions

US Bio Carbon announces a new solution to the nitrates runoff problem. 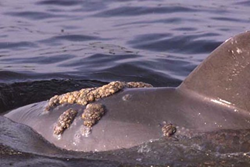 Save the Dolphins from your lawn

Biochar has the amazing ability to both hold onto fertilizers and also release fertilizers to plants when needed.

Recently many countries, including the United States and Japan, have reached a state of diminishing returns regarding the use of artificial fertilizers, according to recent research done by Oregon State University.

Artificial fertilizer can allow farmers to maintain land productivity in regions where the nutrient cycle is no longer completed efficiently due to pesticides use. The uptick in fertilizer use led to a huge jump in worldwide food production during the Green Revolution of the 1960's, whereas food production increases prior to that were almost always tied to an expansion of areas used for cultivation.

But there is a light at the end of this very bleak tunnel, and it’s as black as charcoal. Biochar, also called horticultural charcoal, has the very unique ability to both hold the fertilizers in the plants root zone and to release it to the plants when it is needed. According to research done by the soil scientists Gaunt and Cowie, Biochar can improve fertilizer efficiency from between 10% to 30%. An added benefit of Biochar is that it can prevent almost all of the fertilizers from entering our water sheds, if applied properly.

Biochar has been discussed for years among academics and the few Gardeners that were devoted enough to make their own, but it wasn't available in quantities or at prices that would compel the typical Gardener or even the large scale Farmer to invest in it. US Bio Carbon, a Michigan based company, discovered that some existing equipment could be re-purposed to make biochar in great volumes and as a result of that discovery, US Bio Carbon has enough biochar to treat 100,000 acres of farmland presently and is eagerly seeking expansion.

It is really a shame that we have killed off huge parts of the Gulf of Mexico in our quest for green grass. Now, with the addition of Biochar to the soil we can have both a green healthy lawn and lakes and oceans where fish can live.

Save the Dolphins from your lawn

Map of danger zones from nitrates