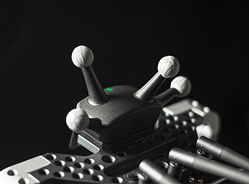 This is an industry first, to see TRUE hybrid tracking.

Last July, Noitom first introduced its Perception Neuron Studio motion capture system at Siggraph in Los Angeles. Just over a year later, they returned to the conference— albeit virtually—to present in real-time, how creators of all levels can use Perception Neuron Studio’s hybrid tracking with Unreal Engine to create their own virtual production and XR projects.

“Since the release of Perception Neuron Studio we have seen, now more than ever, the importance of Studio quality data at an affordable price point. Perception Neuron Studio continues to evolve and mature in an era where 'At Home Mocap' is taking precedence,” says Alex Alvarez, Noitom’s Director of International Marketing and Sales. “With our Perception Neuron ecosystem we are providing creators of every level with the tools to create their own virtual production and XR projects at home, and at an affordable price point that has never been seen before.”

Perception Neuron Studio’s hybrid tracking introduces a new first-of-its-kind tracker. The hybrid trackers are extraordinary in how they work, in that receive both optical and inertial data. This is a groundbreaking function for the mocap industry.

“This is an industry first, to see TRUE hybrid tracking,” explains Alvarez. "The secret is our data fusion, you’re taking the best of optical tracking and inertial data and putting it together. For our users this results in a more affordable mocap volume that gives you higher accuracy and better results."

The hybrid trackers use the same rigid body configuration, so there is no need to worry about which tracker goes where. This allows the hybrid trackers to be placed anywhere on the body that you want to get absolute positioning on, it can also be used for camera and prop tracking.

The Perception Neuron Studio base inertial system includes the motion capture suit, 17 inertial sensors, a sensor charging case that doubles as the calibration system, a Noitom pelican case, and the Axis Studio software for $5,999.

For pricing, and to find the best solution for you, email: contact@neuronmocap.com