The motion capture firm will be exhibiting at SXSW where they will demonstrate compatible softwares for creating real-time animation and special effects for broadcasting and stage performance. 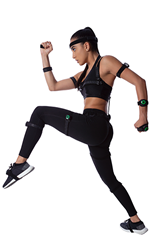 The best part about being at SXSW is that we get to open this powerful technology to new segments of the entertainment industry that perhaps didn’t realize what a valuable solution motion capture can be.

Kicking off 2019, Noitom—the company behind the Perception Neuron motion capture system—will be heading for the first time to the SXSW Conference and Festivals in Austin, where they will be introducing their technology to the diverse audiences attending in the film, music and interactive media industries, and educating them on the many constructive applications for motion capture.

The SXSW Conference & Festivals takes March 8-17. Noitom will be exhibiting there from March 10-13.

Perception Neuron is the full-body motion capture system that works with an arrangement of inertial measurement unit sensors placed throughout the body that capture motion data both recorded and in real-time. Since 2014, Noitom’s mission has been to democratize motion capture technology and make it accessible to creators on any level—from professional VFX artists to independent filmmakers. The company is close to selling 10,000 units of their motion capture systems worldwide—making it one of the biggest providers of the technology.

Since launching Perception Neuron, Noitom has played an essential role in the expansion of motion capture into applications beyond just animation and gaming. With its relatively low price-point, creators from Nigeria to Japan have been able to harness motion capture technology in ways not thought of previously. Increasingly, motion capture is being incorporated into the arts such as for live stage performance where it can be used for projected motion-based digital renderings, for creating historic archives of dance, in human engineering, and in the mixed realities.

A versatile creative tool, Perception Neuron has been used by companies such as Warner Brothers, HBO, The Imaginarium, Disney, BBC and more.

Noitom will be at the SXSW Trade Show floor from Sunday March 10th, to Wednesday, March 13th. where they will be showing live demos. Attendees will have the chance to see Noitom’s latest product, Perception Neuron Pro, a cable-free and more robust version of Perception Neuron. And they will also host a daily series of live demos that will feature software partners, Facerig and Notch VFX. There will also be a demo of Industrial Athlete, a new ergonomic assessment software by German company Scalefit that promises to help companies improve employee working conditions by tracking and measuring worker’s movements on the job.

“The best part about being at SXSW is that we get to open this powerful technology to new segments of the entertainment industry that perhaps didn’t realize what a valuable solution motion capture can be,” says Alex Alvarez, Director of Marketing and Business Development for Noitom International. “Motion capture makes it possible to easily and affordably add visual effects to all kinds of productions, from short films to music videos and mobile phone apps. With this tool, we’re giving creators a chance to engage their audiences in new fun and dramatic ways with as little as just a computer and a mocap suit.”

Noitom will be at SXSW from March 10th-13th at the Austin Convention Center, Halls 2-5, Booth 631. For more information about SXSW, visit sxsw.com.