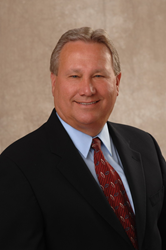 He is well-versed in all aspects of managing and has excellent problem-solving and critical-thinking skills, making him a valuable resource for our customers and knowledgeable escrow teams.

“Terry’s commercial expertise is a great asset for our commercial customers, especially since he has in-depth knowledge of the commercial market in the Central Valley area from his years of serving here,” said Mandy Ollar, NATC division manager. “He is also well-versed in all aspects of managing and has excellent problem-solving and critical-thinking skills, making him a valuable resource for our customers and knowledgeable escrow teams.”

Harwell began his career with a national title company in 1978, serving as searcher, examiner, underwriter and title operations manager through the years. Possessing expertise in commercial title, he closed the largest privatization of government land in the history of the United States. His work in the title industry has been focused primarily on the Central Valley, where his accomplishments include leading a start-up title enterprise to market domination within two years.