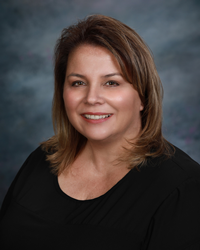 Her team appreciates and respects her proactive whatever-it-takes problem-solving approach. Above all, she is engaged and passionate about ensuring that her associates are both successful and appreciated.

“Wendy Taylor represents all that we hope for in a leader at North American Title,” said NATC Western Region President Chad Nichols. “Her team appreciates and respects her proactive whatever-it-takes problem-solving approach. Above all, she is engaged and passionate about ensuring that her associates are both successful and appreciated. Her operational skills perfected over two decades with NATC are a great complement to Bob’s exceptional technical expertise and market acumen. Our team in Southern California can be certain they and their customers have a firm foundation for prosperity.”

Taylor began her career in NATC’s human resources department in 1998. Through the years, she served in a variety of positions, including for the legal department, in national title services and in commercial sales administration. She was subsequently promoted to her most recent position as Southern California operations manager.

“I am honored to take on a leadership role for this remarkable team,” Taylor said. “This is a fast-paced and exciting business, and I look forward to working with our team to ensure they have the tools, resources and support they need to continue to provide the superior service and expertise for which we have become known in Southern California.”

About North American Title
With close to 1,000 associates and a network of branches from coast to coast, North American Title Company (NATC) is among the largest real estate settlement service providers in the United States. Through its relationship with an expanding affiliate network, NATC provides or is able to coordinate real estate settlement services in all 50 states. With more than 100 offices across the country, NATC offers a depth and breadth of local expertise and knowledge in many of the premier real estate markets. NATC’s parent company is States Title Holding Inc., headquartered in San Francisco, California. Founded by Max Simkoff and backed by a significant financial investment from Lennar and leading venture capitalists in Silicon Valley, States Title uses cutting-edge technology to deliver a modern title and escrow platform.