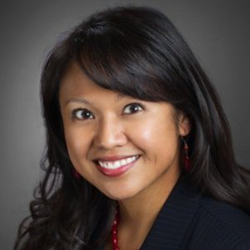 Her active involvement in several bar associations has provided leadership and inspiration to other women in the field of law.

The awards honor general counsel, in-house leaders and law firm partners who have demonstrated a commitment to advancing the empowerment of women in law. Torres, along with the other honorees, will be recognized at an awards dinner on Oct. 3 as part of the sponsors’ Women, Influence & Power in Law Conference in Washington, D.C.

Torres provides legal, underwriting, settlement and regulatory compliance support to NATC operations in Arizona, California, Nevada and Utah. Additionally, she educates both internal stakeholders and presents to external groups on a variety of special topics related to title insurance and closing services.

“Suzette has been a tremendous asset to our Western region since she joined us in 2016,” said NATC regional president Dia Demmon. “She is not only a talented attorney with relevant experience in title and escrow, claims, bankruptcy and contract negotiation, she also has experience as a trial attorney and has written several appellate briefs. More importantly, her active involvement in several bar associations has provided leadership and inspiration to other women in the field of law.”

A graduate of the University of California at Berkeley, Torres received her Juris Doctor from Golden Gate University in San Francisco. She is a member of the board of governors for the California Women Lawyers organization and is also an active member of the In-House Counsel Network of that organization. She has served as co-chair of the Asian American Bar Association of the Greater Bay Area’s In-House Counsel Committee and a board member at large for the Contra Costa County Bar Association – Women’s Section.

With well over 1,300 associates and a network of branches from coast to coast, North American Title Group, LLC (NATG) is among the largest real estate settlement service providers in the United States. Consisting of both agent and underwriter operations, NATG reported annual net revenues in fiscal 2017 of $272.7 million. The company also has the resources and stability of being a wholly owned subsidiary of an S&P 500 company with over $18.7 billion in assets as of its fiscal year ended Nov. 30, 2017. North American Title’s agency network operates nationally under the name North American Title Co. and similar names (NATC) in 19 states: Arizona, California, Colorado, Delaware, Florida, Georgia, Illinois, Indiana, Maryland, Minnesota, Nevada, New Jersey, New York, North Carolina, Pennsylvania, South Carolina, Texas, Utah and Virginia, in addition to the District of Columbia. Through our relationship with our expanding affiliate network, NATC provides real estate settlement services in all 50 states. NATG is headquartered in Miami, Florida. To learn more, visit http://www.nat.com