“Visions Of God” from Christian Faith Publishing author O. Alfonso McKinley is a brilliant journey that takes everyone through pages of biblical truths and the truths that God wants everyone to find in Him. 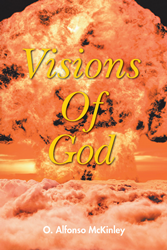 “Visions Of God”: a captivating read that gives a closer perspective on earth and the heavens and the rest of what God blesses upon all. “Visions Of God” is the creation of published author O. Alfonso McKinley, a member of Victorious Life Church of God in Conyers, Georgia. He served as associate pastor of the Southeast Los Angeles Foursquare Church and also of the Hawthorne Foursquare Church.

McKinley shares, “In a search to understanding the ‘four living creatures’ in the fourth chapter of the book of ‘Revelation’, I felt I needed to know more about the ‘one sitting on the throne’. In Ezekiel chapter one, the prophet said he saw ‘visions of God’ and later in the chapter went on to say, ‘this was the appearance of the likeness of the glory of the Lord.’

“I came to the conclusion that the one sitting on the throne is God and that He is the Supreme Moral Authority, the Supreme Intelligence, and the Ultimate Source of all Energy”

Published by Christian Faith Publishing, O. Alfonso McKinley’s new book gives the readers a thought-provoking 28-chapter manuscript that brings light to the truths that will bless everyone with faith and hope in their Christian journey.

View a synopsis of “Visions Of God” on YouTube.

Consumers can purchase “Visions Of God” at traditional brick & mortar bookstores, or online at Amazon.com, Apple iTunes store, or Barnes and Noble.

For additional information or inquiries about “Visions Of God,” contact the Christian Faith Publishing media department at 866-554-0919.