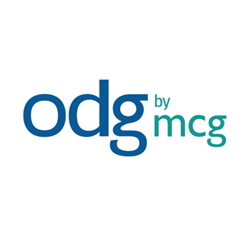 “We are thrilled to have Patrick on board to assist with our continuous support of ODG states along with legislators, regulators, and stakeholders considering implementation of evidence-based guidelines and drug formularies for their systems.” - Phil LeFevre, Managing Director at ODG by MCG

ODG, an MCG Health company, announces Patrick F. Robinson, workers’ compensation attorney and judge, and a former Regional Director for the Workers’ Compensation Research Institute (WCRI), has joined ODG as Vice President of Government Affairs. Along with his public policy experience with WCRI and as a former Director of the Louisiana Office of Workers’ Compensation, Robinson has over 25 years of experience as an attorney, successfully representing business owners, employers, and insurers.

After graduating from Southeastern Louisiana University as a Distinguished Military Graduate, Robinson’s career began with his service as an infantry officer with the U.S. Army at Ft. Polk, Louisiana. He received his law degree from Louisiana State University in 1994. Robinson worked as a lawyer and workers’ compensation judge before being appointed by the Governor of Louisiana as the Director of the Louisiana Office of Workers Compensation. After leaving government service in 2015, he became regional director for WCRI, working with stakeholders across the country to improve workers’ compensation systems.

Most recently, Robinson was a partner with the law firm of Allen & Gooch before joining ODG/MCG as Vice President and Director of Government Affairs.

As VP of Government Affairs for ODG, Patrick will be responsible for continuing to support and grow the ODG footprint for treatment and drug formulary adoptions in workers’ compensation. With about a dozen ODG mandates starting with Ohio in 2003 followed by North Dakota in 2005, Texas in 2007, Kansas, Oklahoma, New Mexico and most recently in Kentucky, Indiana, Montana, Tennessee, and Arizona, the success of ODG in workers’ compensation has helped regulators and legislators create system savings in several cases of more than 50% due to improved outcomes and reduced friction.

“Regulators will appreciate Patrick’s extensive, multi-faceted experience and understanding of workers’ compensation public policy as both a litigator and a former policy-maker,” said Phil LeFevre, Managing Director at ODG by MCG. “We are thrilled to have Patrick on board to assist with our continuous support of ODG states along with legislators, regulators, and stakeholders considering implementation of evidence-based guidelines and drug formularies for their systems.”

“I have seen first-hand the results of ODG, including dramatic reduction in treatment delay, lost-time, medical costs, and workers’ compensation premiums, as well as monumental strides in reduction of opioid abuse,” commented Robinson. “It is not surprising that ODG has more successful adoptions and mandates than any other guideline. I am very excited to join the ODG team to help support those implementations and assist other states looking to adopt and implement evidence-based guidelines and formularies.”

About ODG
ODG, an MCG Health company, provides unbiased, evidence-based guidelines that unite payers, providers, and employers in the effort to confidently and effectively return employees to health. The clinical guidelines and analytical tools within ODG are designed to improve and benchmark return-to-work performance, facilitate quality care while limiting inappropriate utilization, assess claim risk for interventional triage, and set reserves based on industry data. For more information visit http://www.mcg.com/odg.

About MCG Health
MCG, part of the Hearst Health network, helps healthcare organizations implement informed care strategies that proactively and efficiently move people toward health. MCG’s transparent assessment of the latest research and scholarly articles, along with our own data analysis, gives patients, providers, and payers the vetted information they need to feel confident in every care decision, in every moment. For more information visit http://www.mcg.com or follow our Twitter handle at @MCG_Health.