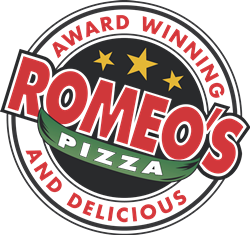 We’re excited to continue building off the success that Romeo’s has been able to establish in Ohio.

Romeo’s Pizza, the award-winning franchise that offers pizza with a purpose, reaches a new development landmark in Columbus, Ohio with the imminent launch of a new franchise location. The Romeo’s Pizza location in question is the 10th franchise owned by an experienced development team operating in the Columbus area. It is also the 13th Romeo’s Pizza in Columbus and marks the 46th location to open for the internationally growing pizza franchise.

The expansion of Romeo’s in Columbus has been led in part by a trio of developers who have experience working in a business development capacity with other rising pizza franchises. Garry Hager, Jeff Van Cleef, and Chris Beattie all have roots in Columbus, where they each began their journeys as entry-level employees of competing pizza companies before joining the Romeo’s team years later.

Beyond the confidence they have in their partnership with Romeo’s Pizza to deliver from an economic and business development standpoint, the team found the unmatched value, strong company identity, and pizza with a purpose to be key aspects in their connection with the brand. Notably, Garry Hager, who has worked with Romeo’s Pizza beginning in 2009, has been instrumental in growing the presence of the franchise in Columbus to date. Garry’s experience and skills in franchise development have only diversified and grown since joining the Romeo’s Pizza community more than a decade ago.

“We’re excited to continue building off the success that Romeo’s has been able to establish in Ohio,” says Garry Hager. “With our 10th Romeo’s Pizza location landing in the Columbus market, we know that customers expect a high-quality product in a convenient and accessible format, especially from a company that gives back to their community. We’re proud to deliver on all fronts with Romeo’s.”

The team was encouraged by the efforts of Romeo’s Pizza CEO, Ryan Rose, to unify the company with a renewed commitment to their Core Values and a franchisee-first focus that began taking shape in 2015.

“Columbus has a rich history of pizza companies that have found success within the market,” says Ryan Rose. “We work very closely with all of our franchise partners and local Pizza Champions to ensure a smooth onboarding, planning, and execution process for all Romeo’s Pizza employees and locations. With the in-depth connections and industry experience that Garry, Jeff, and Chris bring to the table, as well as their success with the 9 Romeo’s locations they currently own, we’re confident that the impact they make on Columbus will build upon their record of success with Romeo’s Pizza.”

Romeo’s Pizza has a successful, established base within Ohio that the development team is looking to build on with their aggressive development plans. With 30 Romeo’s Pizza locations included in the area agreement, the team has their sights on expanding their roster of locations westward to Indiana within the coming years.

Romeo’s Pizza is recognized by Entrepreneur as a Top Food Franchise and by Pizza Today as one of the Top 100 Pizza Companies in the United States. The company plans to launch 60 franchise locations by the end of 2021, with the goal of reaching 250 total locations in the next five years.

About Romeo’s Pizza
Founded in 2001 in Medina, Ohio, Romeo’s Pizza is an award-winning, food-first, pizza community. With 46 open locations and counting, the growing international franchise delivers handcrafted excellence through our local pizza champions.

Romeo’s Pizza delivers purpose-driven, handcrafted excellence through our team of local pizza champions. We believe pizza is always the answer. We deliver sweet smiles, one slice at a time. We will positively impact our communities and environment through our Pizza with a Purpose initiative. This initiative supports local, national and worldwide organizations that believe in making a positive impact on people and our planet.