On Living A Life of Purpose Using Public Relations Skills

Ranked by PR NEWS among the top 50 game-changers in Public Relations, Patricia integrates traditional public relations with community engagement and people-to-people connections. She embraces bridge-building across differences and communicates in ways that resonate with who people are culturally. 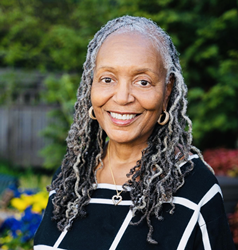 “Fear is a manifestation of doubt. If we doubt the outcome, we fear the path to our goal. Be fearless.”

Each December, I self-check to determine my level of fulfillment. Did I accomplish anything transformative? How did I learn from past triumphs or hurts? I offer you five reasons why I have a sense of fulfillment.

Fulfilling my purpose begins with answering the question: Who am I? I am a peaceful soul and citizen of the world who thinks locally and acts globally. Public relations is my expertise, and people-to-people connections are my raison d’être. I embrace bridge-building across differences and communicate in ways that resonate with who people are culturally.
"Values that shape our public and private identities influence our relationships with others, either positively or negatively."

Diversity is America's strength. I am a Black woman born in Richmond, Virginia, during segregation. Before moving to my husband's Central Pennsylvania farm, I lived in urban and suburban communities. Yet, life was bringing me here for three primary reasons:
-My marriage to a wonderful man
-Building relationships with people I probably wouldn't have met had I not moved here, and
-Introducing my new life to Black friends who might not have considered a visit.
"Relationships matter and come in many colors, shapes, genders, sexual orientations, ethnicities, and other differences. Never underestimate what you can gain from someone unlike you."

As a four-year-old, I recognized that similarities could outweigh differences. My mother was a domestic worker. There was a little girl my age named Catherine in one of the homes she cleaned. Catherine had lots of children's books. Her mother gave me the old ones that she would have otherwise discarded. I never treated books as rubbish. I read them repeatedly, absorbed every word and picture, and learned something new each time. My imagination soared as I painted pictures in my mind's eye. The world was mine to claim as an equal participant.
"Sometimes we fear the unfamiliar. Fear is a manifestation of doubt. If we doubt the outcome, we fear the path to our goal. Be fearless. Never doubt the power of imagination. Think like an artist: Art is how we think and feel and doesn't have to match someone else's perception of who we are."

Being the first has never resulted in my being lonely. On the contrary, I always felt if I was in the room, I belonged there. As the first Black public relations director at a Western Pennsylvania college, with the support of my team, I developed domestic and international student recruitment campaigns that rivaled colleges with larger budgets. I did business development for a multicultural tourism magazine, became interested in trade links, and started African American trade missions to the UK. President George W. Bush and then US Ambassador to the United Kingdom Robert H. Tuttle cited my efforts. I was publicist to Dr. Donda West, mother of "Ye," formerly Kanye West, and launched her Raising Kanye UK book tour. My British connections were invaluable to successful media interviews, book signings, and speaking engagements.
"No one is left behind when we use our strengths in a teaming capacity for the greater good. Everyone wins."

Since relocating to Central Pennsylvania, some Black friends ask about my treatment. I assure them that I am fine and choose civility. When I learned of a Black-owned B&B in Gettysburg, Keystone Inn, I saw the venue as a draw for Black women and named the experience "When Sistas Gather," an intergenerational weekend for Black women and girls. Gatherings took place in August and September." Food for Thought" dialogues occurred on Saturday and Sunday mornings. We explored Gettysburg stores, restaurants, and wineries. A Black historian and Gettysburg native conducted a tour of the Black community. She gave us a Black history class through names on headstones in the Black cemetery. Telling our stories is essential so they will not be lost or forgotten. Some women returned to Gettysburg to visit unique businesses and enjoyed the area’s tranquility. We will resume the gatherings next spring.
"We are souls in human bodies. So perhaps God gave us different skin tones to find out who loves in a way that shows his love."

To learn what we can offer you, please visit patriciagreengroup.com.