One Direction Tickets Are on Sale Today for Their 2014 North American Stadium Tour and Many Seats Are Available at TicketTweet.com

One Direction's Where We Are Tour Tickets are available today for fans to lock in great seats at an affordable price, according to TicketTweet.com. Ticket Tweet offers fans a variety of seating options along with those hard to find VIP Packages. 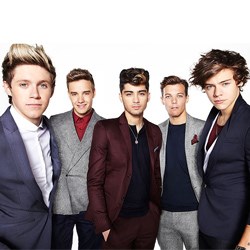 One Direction Tickets are in high demand as the popular British boy-band announce a 2014 North American Tour titled 'Where We Are.' The 21-date stadium tour will kick off August 1 in Toronto then make stops in other major cities including: Philadelphia, Chicago, Nashville, Phoenix, Boston, Dallas and Miami. 'Where We Are' is One Direction's third headlining tour and fans can expect to see more cities added to the list. Their prior tour, Take Me Home, sold-out shows across the globe and a similar response is expected on the Where We Are Tour. Fans are encouraged to purchase tickets early to get the seats they want at an affordable price. TicketTweet.com has tickets available now for all One Directions shows, including tickets to sold out venues.

One Direction's third studio album Midnight Memories, released November 25, immediately jumped to #1 in 97 countries around the world. The album has generated two hit singles "Best Song Ever" and "Story of My Life." The band recently took home two American Music Awards, one for Best Pop/Rock Album and Best Pop/Rock Group. A wide variety of One Direction tickets, including VIP and special Fan Packages, are available now at TicketTweet.com.

About Ticket Tweet: Ticket Tweet is a major source for Concert, Theater, Sports, and Event tickets in the secondary market. As a leader in the secondary ticket market, Ticket Tweet has tickets available now for all shows on the One Direction Tour, including hard to find Fan Packages and VIP Packages. Ticket Tweet aggregates results from all major ticket source inventories to bring customers the best possible seat choices, and a convenient single point of contact. So dont wait. Lock in your One Direction Tour Tickets now at http://www.TicketTweet.com.

Where We Are TourOne Direction Tickets