Adding to its collection of award-winning hospitality properties in Upstate New York, the Oneida Indian Nation and Benchmark Development announced plans to build The Cove at Sylvan Beach, a getaway destination offering the best in recreational experiences for locals and tourists alike. 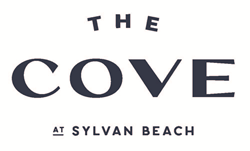 The Cove at Sylvan Beach

We wanted to create an authentic experience for guests to introduce them to the best of the region and allow them to enjoy the area for a day or for weeks at a time.

The Oneida Indian Nation announced today its plans to open an all-new, one-of-a-kind hospitality and recreational destination – The Cove at Sylvan Beach – at the former Mariner’s Landing Marina within the Oneida reservation in the Village of Sylvan Beach, New York. Slated to open in summer 2022, The Cove will offer amenities for vacationers and local residents alike.

Designed for week-long vacations, The Cove will feature 70 beautifully appointed two- and three-bedroom cottages. Each cottage rental comes with a pontoon or deck boat and a dedicated boat slip, a fire-pit, a gas grill, kitchen, Wi-Fi and many other amenities.

The Cove will also include Sylvan Beach Supply Co., the destination’s flagship store, and will be open for both guests staying at the cottages, as well as daily visitors. Sylvan Beach Supply Co. will offer daily rentals of pontoon boats, jet skis, bicycles, paddle boards, kayaks and other watercraft, plus essential beach, fishing and lodging sundry items.

“We have seen an explosion of interest from tourists visiting Upstate New York over the past year, especially in lakefront areas such as Sylvan Beach,” said Oneida Indian Nation Representative and Nation Enterprises CEO Ray Halbritter. “We wanted to create an authentic experience for guests to introduce them to the best of the region and allow them to enjoy the area for a day or for weeks at a time. Our collective efforts with our local partners to transform Sylvan Beach made this a natural extension of that effort and will undoubtedly make The Cove a welcome addition to the area.”

“We are thrilled to be partnering with Oneida Nation Enterprises once again to bring Upstate New York the best of hospitality,” said Brian Cohan, principal of Benchmark Development, which is developing the project with the Nation. “They have proven themselves to be great partners through our work to open the newly introduced Hampton Inn Verona at Turning Stone, and we look forward to continuing that partnership as we turn our attention to now developing The Cove.”

“As we begin to see a resurgence in tourism in our region, The Cove at Sylvan Beach will offer an entirely new experience to tourists and local residents looking to enjoy Oneida Lake, and will provide a major boost for local businesses as well,” said Oneida County Executive Anthony Picente. “The Oneida Indian Nation’s efforts to reimagine the region through its hospitality venues continues to showcase all of the incredible attributes our community has to offer. The Cove is certain to meet the high standards we’ve come to expect from the Oneida Indian Nation and will help support our tourism for many years to come.”

“The Oneida Indian Nations’ investments in Sylvan Beach have helped to further reinvigorate our village and bring a needed boost of tourism to our community,” said Sylvan Beach Mayor Richard Sullivan. “With overnight accommodations and family-friendly amenities, The Cove will be a major tourist destination that will greatly benefit Sylvan Beach businesses and residents alike.”

“Sylvan Beach is one of the hidden gems of Upstate New York and with the Oneida Indian Nation’s continued investment in our village, we are able to continue our transformation into a year-round destination”, said Sylvan Beach Village Administrator Michael Sayles. “Just like The Lake House at Sylvan Beach, The Cove is a welcomed addition that will introduce even more tourists to everything Sylvan Beach and Oneida Lake have to offer.”

About the Oneida Indian Nation
The Oneida Indian Nation is a federally recognized Indian nation in Central New York. A founding member of the Haudenosaunee Confederacy (also known as the Six Nations or Iroquois Confederacy), the Oneida Indian Nation sided with the Americans in the Revolutionary War and was thanked by Congress and President George Washington for its loyalty and assistance. Today, the Oneida Nation consists of about 1,000 enrolled Members, most of them living in Central New York. The Nation’s enterprises, which employ more than 4,750 people, include Turning Stone Resort Casino, YBR Casino & Sports Book, Point Place Casino, The Lake House at Sylvan Beach, The Cove at Sylvan Beach, Maple Leaf Markets, SāvOn Convenience stores, an RV Park and two marinas. Proceeds from these enterprises are used to rebuild the Nation’s economic base and provide essential services, including housing, health care, and education incentives and programs, to its Members.
For more information, visit http://www.OneidaIndianNation.com.

About Benchmark Development
Benchmark Development is a team of seasoned real estate development professionals with substantial experience as developers, builders, and owners. The company’s area of expertise includes mixed-use, hotel, adaptive re-use, student housing, and multi-family residential development. Benchmark’s primary region of influence and activity is in the Northeast. It concentrates on the secondary and tertiary markets with strong demand generators such as vibrant downtowns, resort areas, colleges and universities, and high-tech centers.
For more information visit http://www.BenchmarkDevelopment.com.

The Cove at Sylvan Beach - Map

The Cove at Sylvan Beach - Rendering

The Cove at Sylvan Beach - Rendering