Oneida Indian Nation to Increase Starting Pay for Housekeepers to an $18 an Hour and $17-$20 an Hour for Entry-level Cooks, Cashiers

New Industry-Leading Pay Levels Are in Addition to $1,000 Sign-On Bonuses for New Housekeeping and Culinary Positions and Generous Health Care and 401(k) Benefits 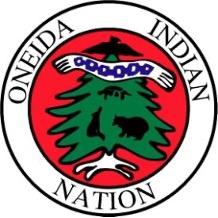 Oneida Indian Nation to Increase Starting Pay for Housekeepers to an $18 an Hour and $17-$20 an Hour for Entry-level Cooks, Cashiers

The Oneida Indian Nation announced today that it will be raising starting pay for all housekeepers to an industry-leading $18 an hour, and starting pay to $17-$20 an hour for a variety of culinary positions, including cooks and cashiers. The increase in hourly wages for these positions are in addition to providing a $1,000 sign-on bonus for new hires in housekeeping and culinary roles along with generous health care and 401(k) benefits.

“These targeted pay increases reward our current staff and will attract new employees to join us by catapulting Oneida Nation Enterprises to the front of the pack in paying wages that these critical roles deserve,” said Oneida Indian Nation Representative and Oneida Nation Enterprises CEO Ray Halbritter. “This investment in our employees will ensure we keep our dominant position in a hyper-competitive industry while maintaining our exceptional standards.”

Along with industry-leading compensation, the Oneida Indian Nation offers employees exceptional health care benefits, generous paid time-off and a 401(k) retirement savings plan. Depending on the position, some employees also receive paid training and may be eligible for college tuition reimbursement.

The Oneida Indian Nation’s hospitality venues now include five award-winning hotels, nearly 30 signature restaurants and dining venues across four casino properties, and The Cove at Sylvan Beach, slated to open in Summer 2022. With a portfolio of world-class hospitality properties across the region, Oneida Nation Enterprises employees have several opportunities for career growth. Employees are among the reasons for Oneida Nation Enterprises’ distinguished list of awards earned every year that recognize superior guest service and world-class amenities. Casino Player Magazine, a leading authority in the casino gaming industry, named Turning Stone as the #1 Best Overall Gaming Resort in New York and also the #1 Best Hotel. Forbes Travel Guide awarded its prestigious Four-Star Awards to The Lodge, Skʌ:nʌ́: Spa, Wildflowers restaurant and TS Steakhouse and The Lodge and The Tower are both AAA Four-Diamond award-winning hotels. Additionally, Wine Spectator Magazine recognized Wildflowers, TS Steakhouse and Pino Bianco with its Award of Excellence.

Candidates interested in applying to work at Oneida Nation Enterprises can learn more about housekeeping and culinary opportunities, and explore all current job openings at ONEnterprises.com/careers.