Op-Ed: Celebrating the Freedom to Innovate this Fourth of July

This Fourth of July may look different for America, but just like the first Independence Day, Express Employment Professionals CEO Bill Stoller says the time is ripe for opportunity. 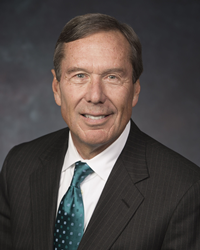 It is said that “necessity is the mother of invention,” and I can’t think of a more opportune time for invention than right now. - Bill Stoller

Nearly four decades ago, there was no international pandemic crisis, however economic times in the United States were dire in the early 1980s. Unemployment spiked to 10.8%, inflation rose to 7.7% and banks were failing left and right.

I joined Acme Personnel Services, a staffing company, in 1973 as a staffing consultant before a promotion to district manager two years later. The 80s recession hit Acme hard, and despite attempts to stay afloat, the company declared bankruptcy.

At that moment, I had two choices: lose my job or take a chance and buy the office where I worked. I opted for the latter, scraping together every dollar to my name and seemingly overnight, became a small business owner.

In what could have been one of my lowest professional moments, opportunity and the American Dream presented themselves.

Not long after I launched my new venture, Acme franchise owner Bob Funk approached me about forming a new staffing company, along with fellow franchisee Jim Gray. Thus, Express Temporary Services was born with eight offices in Oklahoma, Oregon and Colorado.

The first few years were tough. But we persevered and even managed to make a profit during that time. And in 1985, Funk, Gray and I took another leap of faith and franchised the company, along with a re-branding.

Many changes have occurred over the years, and the company now known as Express Employment Professionals has weathered numerous market ups and downs. Despite the twists and turns, not for a single second have I regretted jumping into business ownership 37 years ago.

The same spirit of July 4, 1776, exists today, as innovation and initiation prove that success is still attainable, even as we grapple with the challenges of 2020. While many companies have been dealt repeated blows this year, history shows that business will always prevail. In fact, many major companies were born amid a recession. Giants like General Electric (1892), Disney (1929), Hyatt (1957), FedEx (1971) and Microsoft (1975) are just a few examples of powerhouses formed during a downturn.

And just like that July day some 240 years ago, this Independence Day is a call for change in so many areas of life—a call to think outside the box in business—a time to reflect and take action against discrimination, the chance to change careers and do something that changes the world, or a time to reach out to those struggling.

It is said that “necessity is the mother of invention,” and I can’t think of a more opportune time for invention than right now. History books will tell of how the American people once again rose up to overcome seemingly impossible circumstances and displayed the same grit and determination as our Founding Fathers so many years ago.

I wish you and your family a happy Fourth of July! May the latter half of the year bring the full, and most importantly, safe return of a healthy workforce.