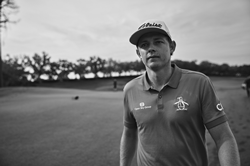 Smith is currently #27 in the World Golf Rankings and is playing at a torrid pace, entering the new year reeling off an historic first ever four rounds of golf in the 60s to finish T-2 at the 2020 Masters Tournament this past November. In addition, Smith has won the Australian PGA Championship twice on the PGA Tour of Australasia, with two wins on the US PGA TOUR and victories in the 2020 SONY Open, as well as the 2017 Zurich Classic where he partnered with his close friend Jonas Blixt. Cameron plays a global schedule and has represented Australia in the 2018 World Cup and the 2019 President’s Cup. In 2021, Smith currently ranks #15 in the FedEx Cup Playoffs race and has an eye on qualifying for the Olympics in Tokyo.

Cameron will be wearing the Open Sky Group logo on his apparel on the course and participating in a number of marketing and social media events as PGA TOUR spokesperson for the company.

“This is huge for Open Sky Group. Our growth has been tremendous and we’re enormously proud to partner with Cameron, a rising star whose career path has demonstrated explosive growth and extraordinary potential,” said Chad Kramlich, chief revenue officer, Open Sky Group, and member of the Australian board of directors for Open Sky Group PTY LTD. “As the largest WMS reseller and implementation partner for Blue Yonder, it’s exciting to have the opportunity to sponsor a young, talented PGA TOUR golfer such as Cameron Smith, similar to Blue Yonder’s sponsorship of Jon Rahm, that has many synergies to Open Sky Group and our Australian joint venture.”

CAMERON SMITH
Cameron Smith was born in Brisbane, Australia on August 18, 1993 and currently resides in Ponte Vedra Beach, Florida. He turned pro in 2013 and joined the PGA TOUR in 2015, winning the 2017 Zurich Classic in New Orleans and 2020 Sony Open in Hawaii. His two international victories include the 2017 and 2018 Australian PGA Championships, with representations on the 2018 World Cup and 2019 Presidents Cup national teams. He owns pet dachshunds named Kenny & Wally and enjoys tinkering with muscle cars in his spare time.