OpenInfra Foundation Welcomes VEXXHOST as Gold Member of the Foundation 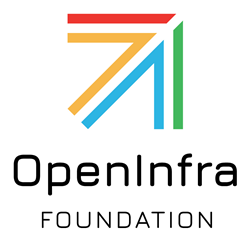 “Our growth and success as a company springs from our community-driven philosophy and our open source foundations, so it is with a sense of gratitude, really, that we are elevating our support of the OpenInfra Foundation,” said Mohammed Naser, VEXXHOST founder and CEO.

VEXXHOST has two public cloud regions in North America (Montreal and Santa Clara) and one in Europe (Amsterdam), all running on the latest OpenStack releases and featuring the latest enterprise-grade hardware, including 2nd Gen AMD EPYC processors and high-performance NVMe storage. VEXXHOST has recently announced its new open source deployment tool, Atmosphere, that leverages technology such as Helm, Ansible and Kubernetes to deploy OpenStack.

***Long-time Supporter VEXXHOST Upgrades Its Commitment to Open Infrastructure***
When the OpenStack Foundation became the OpenInfra Foundation in 2021, VEXXHOST was at the forefront of this evolution as a Founding Silver Member. Today’s announcement recognizes that VEXXHOST has upgraded its sponsorship level from Silver to Gold, increasing their investment in the global OpenInfra community. VEXXHOST has been contributing to the OpenStack community since the second release of OpenStack in 2011. VEXXHOST has offered support as a Corporate Member, infrastructure donor and host of community events and meetups. VEXXHOST’s offerings are fully open source, without any proprietary licensed technology. A steady contributor and user of OpenStack, Zuul and other OpenInfra Foundation software projects, VEXXHOST was conferred the Superuser Award at the 2019 OpenInfra Summit.

“Our growth and success as a company springs from our community-driven philosophy and our open source foundations, so it is with a sense of gratitude, really, that we are elevating our support of the OpenInfra Foundation,” said Mohammed Naser, VEXXHOST founder and CEO. “We are simply giving back to the community and projects that make doing what we do for customers so rewarding, and we intend not only remain avid contributors to and users of OpenStack, Zuul and other OpenInfra projects, but also attendee, sponsor and organizer of events surrounding the open-source community.”

“VEXXHOST has consistently shown what being an engaged community member is all about, and we couldn’t be more pleased about their advancement to Gold Member,” said Mark Collier, COO of the OpenInfra Foundation. “One of the most powerful examples of their leadership is showing our community that upgrading to the latest version of OpenStack on release day is not only possible, but consistently achievable. By documenting and sharing how they do this, they have helped the entire community map their own rapid migration plans. Additionally, their work with projects beyond OpenStack has been an important part of the community’s ‘integration engine’ story. We look forward to the next decade of work with Mohammed and his team, and to their featured presentation during the keynotes at OpenInfra Summit Berlin.”

VEXXHOST, Ciena to Share Spotlight at OpenInfra Summit Berlin
During the Day Two (June 8) keynotes at the OpenInfra Summit Berlin, Naser and George Efthimiopoulos, director of innovation and research programs of Ciena, will discuss their collaboration and contributions to development of Canada’s 5G ecosystem. As a founding member of the ENCQOR 5G project, Ciena has been a key contributor to Canada’s extensive 5G ecosystem. The 5G project brought together a wide network of industry leaders, service providers, academia and over 800 small-and-medium-sized enterprises (SMEs) to collaborate on the creation and commercialization of new and disruptive products, processes and services. One such example is VEXXHOST’s management of the OpenStack cloud environment for the ENCQOR compute network supported by Ciena.