The 20th release of the world’s most widely adopted open source cloud infrastructure software reflects operator priorities for ease of use, reliability and security. 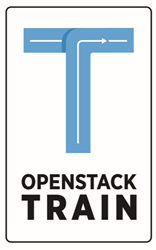 The OpenStack community today released Train, the 20th version of the most widely deployed open source cloud infrastructure software. The software now powers more than 75 public cloud data centers and thousands of private clouds at a scale of more than 10 million compute cores.

***The OpenStack Train release will be available for download at 9am CDT on Wednesday, October 16, 2019. Follow the link to learn more about features and enhancements.***

“OpenStack is the market’s leading choice of open-source infrastructure for containers, VMs and bare metal in private cloud,” said Mark Collier, COO of the OpenStack Foundation. “Looking forward to 2022, market watchers like 451 Research see an emerging $7.7 billion market for OpenStack products and services and $4.3 billion for application containers. As the overall open source cloud market continues its march toward eight figures in revenue and beyond, it’s clear that the OpenStack and application container markets are advancing hand in hand.”

For the Train release, OpenStack received 25,500 code changes by 1,125 developers from 150 different companies. OpenStack is supported by a large, global open source community and is one of the top three open source projects in the world in terms of active contributions, along with the Linux kernel and Chromium.

Among the dozens of enhancements provided in Train, three highlights are:
1.    Enhanced security and data protection
2.    Advancements for artificial intelligence (AI) and machine learning (ML) use cases
3.    Improved resource management and tracking

“Led by users operating at scale, contemporary versions of OpenStack are refining the experience and extending the capabilities of the software to an impressive degree,” said Jonathan Bryce, executive director of the OpenStack Foundation. “With the Train release, the community has delivered features targeting emerging use cases like AI and ML while improving data security and infrastructure resource management for enterprises.”

Train already in production on launch day
VEXXHOST, a Canadian cloud service provider, uses OpenStack to power its public cloud and hosted private cloud deployments. The company employs a rapid-deployment cycle that tracks and tests against the latest stable branch of each software release. As a result, today VEXXHOST is running the Train release in production via its private cloud deployments, targeting its public cloud datacenters next.

Mohammed Naser, CEO of VEXXHOST, said, “With this new release out, we are excited to be able to offer the latest OpenStack has to offer on the first day. Pushing out new capabilities and features this quickly is something that our users have come to expect and very much enjoy. As we’ve done on other recent releases, we're thrilled to deliver that once again with Train.”

About OpenStack®
OpenStack is the only open source integration engine that provides APIs to orchestrate bare metal, virtual machines and container resources on a single network. The same OpenStack code powers a global network of public and private clouds, backed by the industry’s largest ecosystem of technology providers, to enable cost savings, control and portability. A global community of 100,000 individuals in 187 countries work together on the OpenStack project. http://www.openstack.org