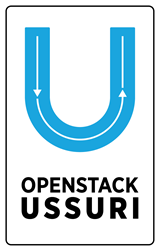 OpenStack is embraced as an intelligent open infrastructure engine first and foremost because it works really well—it is simply the world’s most stable and reliable software for building clouds.

The OpenStack community today released Ussuri, the 21st version of the most widely deployed open source cloud infrastructure software. The release delivers advancements in three core areas:
1.    Ongoing improvements to the reliability of the core infrastructure layer
2.    Enhancements to security and encryption capabilities
3.    Extended versatility to deliver support for new and emerging use cases

These improvements were designed and delivered by a global community of upstream developers and operators. OpenStack software now powers more than 75 public cloud data centers and thousands of private clouds at a scale of more than 10 million compute cores. OpenStack is the one infrastructure platform uniquely suited to deployments of diverse architectures—bare metal, virtual machines (VMs), graphics processing units (GPUs) and containers.

For the Ussuri release, OpenStack received over 24,000 code changes by 1,003 developers from 188 different organizations and over 50 countries. OpenStack is supported by a large, global open source community and is one of the top three open source projects in the world in terms of active contributions, along with the Linux kernel and Chromium.

***The OpenStack Ussuri release will be available for download at 10am CDT on Wednesday, May 13, 2020. Follow the link to learn more about features and enhancements.***

OpenStack has emerged as the preferred open source infrastructure choice for containers, VMs and bare metal in private cloud. The Ussuri release reinforces what OpenStack is well known for—namely, rock-solid virtual machine and bare metal performance at massive scale. At the same time, Ussuri delivers security improvements via Octavia and Kolla. And, it supports new and emerging use cases with improvements to projects like Zun.

“OpenStack is embraced as an intelligent open infrastructure engine first and foremost because it works really well—it is simply the world’s most stable and reliable software for building clouds,” said Mark Collier, COO of the OpenStack Foundation (OSF). “Furthermore, with the automation and sophistication consistently being added in each new release, OpenStack is enabling some of the world’s most progressive and groundbreaking work in telecommunications, medicine, banking, entertainment, high performance computing, government and more.” (Read OpenStack user stories.)

Among the dozens of enhancements provided in Ussuri, the following upgrades demonstrate how this 21st release of OpenStack provides more sophisticated support to user needs at each layer of the infrastructure stack:

“Led by users operating at scale, OpenStack is deployed in every industry and on nearly every continent,” said Jonathan Bryce, executive director of the OSF. “The global community of users and developers who support OpenStack not only steadily improve the software’s core functionality but also drive innovation to support new and important use cases at all layers in the stack. With the Ussuri release, the community has delivered features that range from bare metal to edge applications and from automated server and accelerator deployment to security enhancements in load balancers and containers.”

Project Teams Gathering is Going Virtual, June 1-5
The OSF will be hosting the next Project Teams Gathering (PTG) online from Monday, June 1, through Friday, June 5. The PTG provides a time and place for contributor teams to join forces and actively work on improving OpenStack and other projects hosted by the OSF. PTGs are critical to producing the next software release for each project, not only improving core functionality, but also working across projects to improve collaboration and solve complex problems. Operators, developers and other active contributors will discuss how to reach their goals, get agreement, build trust, assign work items and get work done. For more information about the PTG agenda and to register to participate, visit openstack.org/ptg.

Coming Soon: OpenDev Event Series
The OSF is hosting a virtual OpenDev event series to facilitate discussion among the open infrastructure community about how to address current challenges in cloud infrastructure. The three-part series kicks off in June with the following agenda:


Registration for the OpenDev virtual event series is now open! Participants can gather more information, and sign up at openstack.org/events/opendev-2020/.

About OpenStack®
OpenStack is the only open source integration engine that provides APIs to orchestrate bare metal, virtual machines and container resources on a single network. The same OpenStack code powers a global network of public and private clouds, backed by the industry’s largest ecosystem of technology providers, to enable cost savings, control and portability. A global community of more than 100,000 individuals in 188 countries work together on the OpenStack project. http://www.openstack.org