Additional integration with Kubernetes, support for diverse architectures and solutions for complex networking issues are highlights of 22nd release of OpenStack 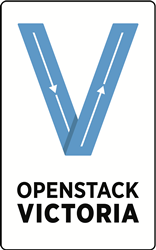 Ten years in, OpenStack remains at the heart of open infrastructure, giving everyone access to open infrastructure-providing technologies, allowing unlimited, permissionless innovation in that space, and enabling completely new use cases.

In addition to delivering a wide range of improvements to the stable and reliable OpenStack core and its highly flexible project integration capabilities, Victoria delivers these innovative features:

For the Victoria release, OpenStack received over 20,000 code changes by over 790 developers from 160 different organizations and over 45 countries. OpenStack is supported by a large, global open source community and, with this pace of development, continues to be one of the top three open source projects in the world in terms of active contributions, along with the Linux kernel and Chromium.

***The OpenStack Victoria release is available for download. Learn more about features and enhancements.***

OpenStack pioneered the concept of open infrastructure 10 years ago. Since then, it has become the open infrastructure-as-a-service standard. Recently, new workload demands like artificial intelligence, machine learning, edge computing and IoT have given rise to the project’s support for new chip architectures, automation at scale down to the bare metal, and integration with myriad open source components. OpenStack now powers more than 75 public cloud data centers and thousands of private clouds at a scale of more than 15 million compute cores. OpenStack is the one infrastructure platform uniquely suited to deployments of diverse architectures—bare metal, virtual machines (VMs), graphics processing units (GPUs) and containers.


“This release comes ten years after the initial OpenStack release,” said Thierry Carrez, VP of engineering at the Open Infrastructure Foundation (OIF). “Ten years in, OpenStack remains at the heart of open infrastructure, giving everyone access to open infrastructure-providing technologies, allowing unlimited, permissionless innovation in that space, and enabling completely new use cases. In the Victoria release it is great to see the result of increased involvement of OpenStack users in development work on supporting new use cases. Additionally, users are actively participating in filling feature gaps in the platform, increasing stability and facilitating day-two operations.”

Virtual Open Infrastructure Summit (formerly the OpenStack Summit), October 19-23
The Open Infrastructure Foundation is hosting the 2020 Open Infrastructure Summit virtually, October 19-23. The Summit is structured around relevant use cases, training and complementary open source projects from the ever-growing community of users, developers and vendors across the globe who are building and operating open infrastructure. Registration is free and attendees from over 30 different open source communities and 110 countries are participating. Presentations will be given by Volvo, Alibaba’s Ant Group, Workday, GE Digital, Société Générale and the European Weather Cloud. Headline sponsors for the Summit are Canonical, Huawei and Vexxhost.

Virtual Project Teams Gathering, October 26-30
The OIF will be hosting the next Project Teams Gathering (PTG) online from Monday, October 26, through Friday, October 30. The PTG provides a time and place for contributor teams to join forces and actively work on improving OpenStack and other projects hosted by the OIF. PTGs are critical to producing the next software release for each project, not only improving core functionality, but also working across projects to improve collaboration and solve complex problems. Operators, developers and other active contributors will discuss how to reach their goals, get agreement, build trust, assign work items and get work done. For more information about the PTG agenda and to register to participate, visit openstack.org/ptg.

About OpenStack®
OpenStack is the only open source integration engine that provides APIs to orchestrate bare metal, virtual machines and container resources on a single network. The same OpenStack code powers a global network of public and private clouds, backed by the industry’s largest ecosystem of technology providers, to enable cost savings, control and portability. A global community of more than 100,000 individuals in 188 countries work together on the OpenStack project. http://www.openstack.org