95 military children from across the United States and abroad advance in the national nonprofit's annual awards program. Final eight award recipients, to be announced in March, will receive $10,000 and other donated gifts. 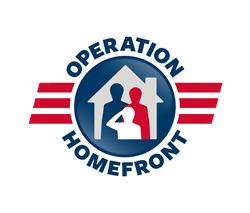 This year marks the 13th anniversary of this very special program and is the nation’s premier celebration of the achievements of America’s military children, reflecting the positive impact they have made on their families, schools, and communities, even as the nation faced unprecedented challenges with the COVID-19 pandemic. The Military Child of the Year® Award is a lifelong source of pride for the recipients. Participating in the program provides them with amazing opportunities to connect with senior military leaders, elected officials, celebrities, and other remarkable military children.

Finalists for this year's branch awards will be selected in February by a panel of independent, volunteer judges and the innovation finalists will be selected by award sponsor Booz Allen Hamilton, a global technology and management consulting firm. The final eight award recipients will be announced in March and each will receive $10,000, a laptop, and other donated gifts. A celebration program is currently scheduled for April 8, 2021; details regarding the celebrations will be released in March and any events will follow CDC and state health guidelines.

Seven Military Child of the Year® Award recipients will represent each branch of the armed forces — the Army, Marine Corps, Navy, Air Force, Coast Guard, National Guard, and for the first time, Space Force — and are selected for their excellence in scholarship, volunteerism, leadership, and extracurricular activities.

Pierce Corson, the 2020 Coast Guard Military Child of the Year®, said the award meant a lot to him as a member of a military family. “Operation Homefront does a fantastic job at recognizing the challenges associated with growing up as a military child, and I'm very thankful for that. I am exceptionally proud of my father's military service, and to be able to win Military Child of the Year and pay him back in some small way was a very rewarding experience for me. It felt great to be a representative of military children everywhere, knowing that we all share a common experience.” Corson is currently studying Mandarin in Taiwan, through a State Department scholarship program, and has received a Jefferson Scholarship to the University of Virginia.

2020 Innovation Award winner Kainath Kamil, whose parent serves with the Navy at Camp Pendleton, was featured in the San Diego Union-Tribune. As a junior at Oceanside’s Mission Vista High School, Kamil had conducted intensive biomedical research with a focus on the mechanisms of addiction. Army.mil spotlighted Fionnuala Mahoney as she received the Army branch award, and Air Force branch award recipient Samantha Grab’s win was seen in news publications across Missouri.

More information about the Military Child of the Year® Awards is available at http://www.militarychildoftheyear.org.