The Law Offices of Brandon Bernstein advises on the prospect of one of the largest and newest serious risks to healthy marriages and families, that of opioid addiction and abuse, already one of the leading causes of divorce. 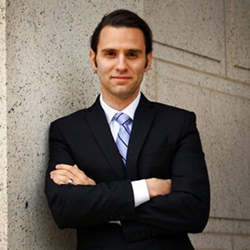 Substance abuse of all kinds has always been negatively linked towards marital problems and divorce, and the prevalence and seriousness of opioid addiction has only raised further alarms.

Opioid abuse and addiction have increased at staggering rates in the United States in the past five to 10 years. The impact is seen not only in direct overdoses, but also in other ways, such as a negative impact on healthy marriages and families. The Law Offices of Brandon Bernstein, experienced divorce attorneys in Maryland, advises that opioid addiction may be one of the most serious, harmful and prevalent divorce factors in the 2020s.

"Substance abuse of all kinds has always been negatively linked towards marital problems and divorce, and the prevalence and seriousness of opioid addiction has only raised further alarms," says Brandon Bernstein, a seven-time Super Lawyers Rising Star as a Maryland family law attorney.

"It's crucial to remember that proof of drug addiction or abuse will be a key factor in the determination of child custody, visitation, and related divorce and familial matters," Mr. Bernstein continues. "Further, substance abuse often goes hand-in-hand with other leading causes of divorce, including physical or emotional abuse, financial difficulties, irreconcilable differences and parenting issues."

Statistics on the leading causes of divorce are sometimes difficult to interpret due to issues such as small sample sizes. However, most show that substance abuse and/or addiction are among the leading factors contributing towards divorce. For instance, one study by the National Center for Biotechnology Information showed that 34.6% of individuals cited substance abuse as a factor leading to divorce, with 12.1% citing it as a final straw. The same study cites an earlier study that showed drinking or drug use was one of the top three most cited reasons for divorce, occurring at 10.6% rate.

All of this comes at a time when opioid use, abuse and overdose are skyrocketing. The National Center for Health Statistics from the CDC reported 47,600 opioid deaths in 2017, among a total of 70,237 deaths involving all drugs. These figures are up from 8,048 and 16,849, respectively, since 1999. For opioid deaths that represents a nearly 500% increase. Deaths only represent the most dramatic outcomes of drug abuse. For instance, the National Institute on Drug Abuse from the NIH reports that in 2017, approximately 18 million people misused prescription medications at least once within the past year.

Progress has been made in the fight against opioid abuse, namely in beginning to cut down on prescriptions, however, the pattern has now moved to what researchers are calling the third wave of the crisis, as use has shifted from prescription opioids to heroin and now synthetic opioids including fentanyl. A 2018 poll by the American Psychiatric Association shows that 31% of respondents know someone who is or was addicted to opioids or prescription painkillers, 9% have taken one of those drugs without a prescription and 5% have abused or been addicted to them.

The Law Offices of Brandon Bernstein is located in Bethesda, Maryland, and handles all aspects of divorce and related family law matters. Prospective clients may visit BrandonBernsteinLaw.com for more information or may contact the office for a free consultation by calling 240.395.1418.

About the Law Offices of Brandon Bernstein, LLC

The Law Offices of Brandon Bernstein, LLC is located in downtown Bethesda, and serves clients throughout the state as a divorce attorney in Maryland, covering a broad range of family law matters, and aggressively protecting the best interests of his clients at all times. He has been named a Maryland Rising Star by Super Lawyers for seven consecutive years. The core pillars of his practice are Integrity, Experience, and Results. For a free attorney consultation, prospective clients can visit his website at BrandonBernsteinLaw.com, or call the office directly at 240.395.1418.