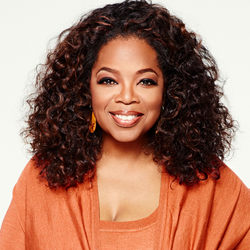 Global media leader, philanthropist, producer, and actress Oprah Winfrey will deliver The Archer School for Girls’ commencement address on May 28, 2021. She has created an unparalleled connection with people around the world, making her one of the most respected and admired figures today.

“We are deeply honored by Ms. Winfrey’s generosity in giving the commencement address to Archer’s Class of 2021 and in celebration of Archer’s 25th anniversary,” Head of School Elizabeth English said. “Throughout her career, Ms. Winfrey has set the bar for how authentic storytelling can reveal our common humanity. Her gift for eliciting honest, soulful dialogue has and continues to fundamentally change the world’s perspective on how as human beings we can meaningfully connect. She is a champion for young women’s education and, as the founder of the Oprah Winfrey Leadership Academy for Girls, a beacon for the best of who we can be. The Archer Class of 2021 is beyond excited and grateful to have Ms. Winfrey, a true icon of women’s empowerment, as their commencement speaker, following a year that has called on each of our graduates to dig deep and find that same strength from within.”

Winfrey is an Academy Award-nominated actress for her role in “The Color Purple,” earned critical acclaim in “Lee Daniels’ The Butler” and produced and acted in the Academy Award-winning film “Selma.” She starred in the Emmy nominated HBO Films “The Immortal Life of Henrietta Lacks” and portrayed “Mrs. Which” in Disney’s “Wrinkle in Time” film adaptation from director Ava DuVernay. Winfrey oversees both the premium television network OWN: Oprah Winfrey Network and the print and digital content of “Oprah Daily,” known formerly as “O, The Oprah Magazine." Winfrey also hosts “Super Soul,” featuring conversations between herself and thought leaders available on discovery+.

Winfrey is also a dedicated philanthropist. During a December 2002 visit with Nelson Mandela, she pledged to build a school in South Africa and has contributed more than $200 million towards providing education for academically gifted girls from disadvantaged backgrounds. Graduates of the school have continued on to higher education both in South Africa and at colleges and universities around the world. Additionally, Winfrey is a founding donor of the Smithsonian’s National Museum of African American History and Culture. In June of 2018, the museum opened “Watching Oprah: The Oprah Winfrey Show and American Culture,” an exhibit exploring Winfrey’s life and her talk show’s impact featuring artifacts from the set, costumes from her movies and interactive interviews. In March 2020, she committed $12 million to COVID-19 relief efforts in underserved communities in her “home cities” of Chicago, Milwaukee, Kosciusko, Mississippi and Baltimore.

In 2013, Winfrey was awarded the Medal of Freedom, the nation’s highest civilian honor. In 2018, she was honored with the Cecil B deMille award by the Hollywood Foreign Press Association.

About The Archer School for Girls
Founded in 1995, The Archer School for Girls is a contemporary girls’ school, grades 6 through 12, devoted to educating and empowering girls for leadership in the 21st century. We take a research-based approach to teaching and learning in an environment that explores and refines the ways girls learn best. Archer has always been committed to reflecting the face of Greater Los Angeles. Forty-six percent of the student body are students of color and come from 75 different zip codes and 154 different feeder schools. We award nearly $4 million in financial aid annually. Above all, Archer is known for its highly innovative programs and joyful culture. For more information, follow us on Facebook or Twitter @ArcherSchool or visit our website http://www.archer.org.