SwitchUp is the first to publish bootcamp rankings based on the percentage of alumni working in the tech field after graduation. 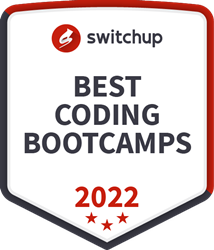 The company researched bootcamps with over 19,000 alumni to determine which had the best success with alumni landing jobs in their field of interest.

With the tech industry booming, and the pandemic amplifying interest in college alternatives, many are looking to bootcamps as a faster and more affordable way to enter the field. Coding bootcamps are designed to help people transition into tech, but the return on this promise can differ between bootcamps. With hundreds of bootcamps out there and new ones sprouting up often, it's difficult to sort through the options. If the end goal is landing a job in tech, the ultimate question needs to be: which bootcamps are the best at securing their alumni tech jobs?

Optimal's SwitchUp released its new Best Coding Bootcamps ranking, which answers this question by using the clearest data point: employment rate in field of study within a year of graduation. The company researched bootcamps with over 19,000 alumni to determine which had the best success with alumni landing jobs in their field of interest.

"Currently, the focus of many bootcamp rankings is on student reviews. While these can be valuable for gauging a bootcamps' experience, they come from a limited set of graduates and often don't speak to the goal of landing a job," said Optimal CEO Sung Rhee. "Ultimately, the experience of the bootcamp means little if it fails to help you break into the tech field. Our new rankings focus on that end goal - which bootcamps are the best at getting their alumni relevant jobs after graduation."

SwitchUp's ranking uses in-field employment data from Burning Glass Technologies, a job market data analytics company. Burning Glass utilizes their database of over 220,000 current social media profiles of bootcamp alumni to determine graduates' school, field of study, and occupation. They are able to compare each graduate's program of study to their occupation to identify whether graduates ended up working in their field.

Quite a few of the big-name bootcamps ranked favorably, but there were also several smaller brands that topped the list. CodeSmith and Devmountain solidified themselves in the top 2 spots, with in-field employment rates of 92% and 87%, respectively.

"When looking at the employment rates of the bootcamps, we became interested in how they compared to computer science programs from top universities. We were surprised to see that the top bootcamps beat out many prestigious college's CS departments in terms of in-field employment rate," said Rhee.

In our data study comparing 35 top computer science programs against the top bootcamps, the school with the highest in-field employment rate was University of Pennsylvania, at 84%, which is 8% behind the highest bootcamp, CodeSmith at 92%. Additionally, bootcamps and top CS programs were almost even when comparing their average in-field employment rates.

About Optimal™
Optimal helps prospective students make informed, data-driven decisions to improve their higher education experience and their post-graduate careers. The company provides over 85,000 in-depth student reviews, as well as college and bootcamp rankings for every major through its three major products, SwitchUp, OnlineU, and GradReports. Optimal’s tools and services provide accessible and transparent data regarding post-graduate outcomes that give students educational paths that lead them to success, without burdening them with insurmountable debt. https://www.optimal.com