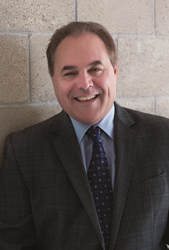 Thanks to my extraordinary colleagues and so many generous community supporters who stood beside me over the years, OCSA has made countless dreams come true, mine included.

After more than three decades shaping the landscape of arts education in Southern California and across the country, Orange County School of the Arts (OCSA) Founder Ralph S. Opacic, Ed.D, announced his retirement from his full-time position as the school’s executive director, effective at the conclusion of this school year. OCSA’s Board of Trustees voted unanimously yesterday evening to appoint Teren Shaffer, the OCSA Foundation’s executive vice president, as the school’s second president & CEO beginning July 1.

Opacic leaves an impressive 34-year legacy, which began as a young man’s dream. His love of performing propelled him to California in pursuit of a professional music career. However, he soon discovered that his real passion was to inspire the next generation of young artists through arts education. Armed with a bachelor’s degree in music, he became the choir director at Los Alamitos High School, where he transformed a choir program with 30 students into a thriving program of 300 students. In 1987, Opacic secured a state grant to support his vision of creating a world-class arts school taught by professional working artists that offers a pathway to college and a career in the arts. OCSA started as an after-school program with just four conservatories. Quickly outgrowing the location in Los Alamitos, Opacic began the search for a new home. Mayor Miguel Pulido invited Opacic to relocate OCSA to Santa Ana. Recognizing a unique opportunity to grow the school and join the revitalization of midtown Santa Ana, Opacic crafted a business plan that, with the support of the community, resulted in OCSA opening its doors in 2000 as a stand-alone charter school.

Under Opacic’s leadership, OCSA is recognized as one of the premier arts schools in the nation, offering a rigorous college-preparatory academic program and pre-professional arts training in 16 conservatories. OCSA now serves a student body of nearly 2,300 students from over 100 cities throughout Southern California. The 350,000 square foot urban campus is spread across 10 commercial and historic buildings. OCSA graduates are recruited by the nation’s top universities. One of the cornerstones of Opacic’s plans for OCSA was also to provide a rich outreach program which offered accessible art activities and classes to the local community. Opacic’s leadership has enabled OCSA to raise more than $100 million over the past 34 years, as an investment in the hopes and dreams of the school’s passionate and talented students. Continuing his vision to share OCSA’s successful and innovative curriculum models with other communities in Southern California, California School of the Arts ― San Gabriel Valley (CSArts-SGV), the first regional campus, opened in 2017 to serve nearly 1,200 students. In addition to his extraordinary work with OCSA and CSArts-SGV, he has brought his deep experience and strategic thinking to arts schools across the country through his national leadership positions with Arts Schools Network and his nonprofit consulting services. Throughout his illustrious career, the creativity, passion, tenacity and vision of Opacic has impacted the lives of tens of thousands of students with the pioneering education programs and dynamic learning environment he designed and implemented.

“A visionary leader and dreamer, Dr. Opacic has continuously brought OCSA to new heights, devoting his career to creating opportunities for students,” said Gary Humphreys, Chair of the OCSA Board of Trustees. “Over the past three decades, he has expanded OCSA’s instructional space tenfold, developed 16 arts conservatory programs, created a student sponsorship program that enables all students to receive the same experience regardless of their family’s financial capacity, and so much more. The Board of Trustees, as well as OCSA faculty, staff, and administrators are grateful for his legacy and promise to uphold the school’s commitment to excellence for many years to come.”

“Leading this organization has truly been the greatest honor and privilege of my professional career,” Opacic said. “Thanks to my extraordinary colleagues and so many generous community supporters who stood beside me over the years, OCSA has made countless dreams come true, mine included. I am confident that our mission will thrive as I hand the torch to Mr. Teren Shaffer. His passion for and dedication to our school is immeasurable, and I can think of no one better suited to step into this role.”

The school’s mission will be carried on by Teren Shaffer, who has been working alongside Opacic for the past four years as executive vice president of the OCSA Foundation and CSArts Foundation. Shaffer began his tenure at OCSA in 2011 as music director and conductor of the acclaimed Frederick Fennell Wind Ensemble. He was quickly recognized for his leadership, being promoted to director of the Instrumental Music Conservatory and then to dean of arts. In his current position as executive vice president, he plays a key role in strategic planning for the organization and has expanded educational opportunities for students, including the celebrated Master Artist Series, the Creators & Innovators Series, a two-day college fair, and more, in addition to leading the development, public relations, marketing, graphic design, and special events departments at OCSA and the sister campus, CSArts-SGV.

Shaffer is a highly lauded arts manager, music educator and conductor, winning many prestigious awards including The Kennedy Center’s Stephen Sondheim Inspirational Teacher Award, the Arts Schools Network Dr. Denise Davis-Cotton Emerging Leader Award, Stanford University’s Exceptional Teaching Award and Orange County Department of Education’s Outstanding Arts Educator Award. He led the Frederick Fennell Wind Ensemble to become a finalist in The American Prize for Wind Ensemble Performance and to present a concert at the Music for All National Concert Band Festival. In 2014, the ensemble was the first high school band from Southern California to perform at the Midwest Clinic. This is the largest annual music conference of its kind, hosting nearly 20,000 educators and performers from more than 30 countries.

Shaffer serves as vice president on the national board of directors for Arts Schools Network and hosted the national conference at OCSA in 2018. Previously, he was on faculty at Chapman University and also served as general manager for the Orange County Youth Symphony. Shaffer earned a master’s degree in orchestral conducting from the Cincinnati Conservatory of Music and bachelor’s degrees in instrumental conducting, music performance and music education from Chapman University.

“I have known Mr. Shaffer for several years while my two daughters attended OCSA,” said Chair of the Foundation Board of Directors Vince Foley. “Mr. Shaffer is incredibly well prepared to lead OCSA into its next chapter. He is a creative, dedicated and passionate educator and administrator who has an array of experience that makes him exceptionally qualified to further develop and implement the school’s mission.”

“As a musician, the mission of OCSA is close to my heart,” said Shaffer. “From my first day as a teacher, I was captivated by the commitment and passion of OCSA’s students, and inspired by the creativity and innovation of our faculty and staff. OCSA truly provides a fundamentally different educational experience for students. I am incredibly grateful to Dr. Opacic for his visionary leadership and for being a pivotal mentor in my life. I have learned so much from him during my 10 years at OCSA, and I look forward to his continued support as a strategic consultant following his retirement. As we move forward into OCSA’s 35th anniversary, I am honored and thrilled to lead our distinguished school into the future as president & CEO.”

About Orange County School of the Arts

Established in 1987, the nationally recognized Orange County School of the Arts (OCSA) provides an unparalleled arts and academic education in a creative, challenging and nurturing environment to a diverse student body passionate about the arts, preparing them to reach their highest potential. As a tuition-free, donation-dependent public charter school, OCSA serves more than 2,200 students in grades seven through 12, providing college-preparatory academics and pre-professional arts training through 16 different conservatory programs.

OCSA has been recognized as the No. 1 Charter High School in California by Niche. The U.S. Department of Education and National Endowment for the Arts have recognized OCSA as a model arts education program. OCSA has received the distinction of “Exceptional Charter School in Special Education” by the National Association of Special Education Teachers (NASET) for 2017, 2018 and 2019. OCSA’s counseling program is the first 7th-12th grade program in California to be named as a nationally Recognized American School Counselor Association Model Program (RAMP).

OCSA has been named as one of California’s Gold Ribbon Schools for 2017 and is an Arts Schools Network 2017-2022 Exemplary School. OCSA is consistently named one of America’s Best High Schools by U.S. News & World Report and is accredited by the Western Association of Schools and Colleges (WASC). For additional information, visit http://www.ocsarts.net.