Original Motion Picture Soundtrack for the Film the World To Come; Music Composed by Daniel Blumberg - Out Now on Node Records

Featuring the new song “The World to Come” by Blumberg and Josephine Foster: LISTEN HERE 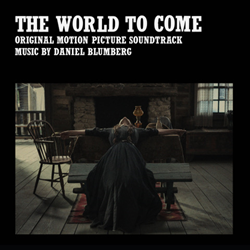 Album artwork for Daniel Blumberg's The World to Come, out now on Node Records

“Incredible, swaying from sorrowful to enrapturing” - The Playlist

Node Records is pleased to announce the release of London-based composer and visual artist Daniel Blumberg’s debut feature film score for the critically acclaimed motion picture The World to Come. The soundtrack is available now on all streaming platforms. Listen here.

The film, starring Katherine Waterston, Vanessa Kirby, Christopher Abbott and Casey Affleck, is in US theaters now via Bleecker Street and will debut on digital/VOD on March 2, 2021. The international release is handled by Sony Pictures Releasing International. Directed by Mona Fastvold (The Sleepwalker, co-writer of Childhood of a Leader and Vox Lux), the film had its world premiere in competition at the 77th Venice Film Festival and recently screened at the 2021 Sundance Film Festival. Watch the official trailer here.

The score was co-produced with world-renowned producer Peter Walsh (Scott Walker); The World to Come is Blumberg’s entry into feature-length film scoring. “It was a huge challenge to retain the unique qualities of improvised music with the structure of cinema, but that friction is something that excited me about working in this context,” says Blumberg.

A special edition vinyl album will be coming later this year from Mute.

ABOUT DANIEL BLUMBERG
Daniel Blumberg is a composer and visual artist from London whose music explores the intersection between songwriting and free improvisation. He has released two solo albums on Mute: Minus (2018) and On &On (2020). He has previously composed music for short films by Brady Corbet, Lynne Ramsey, Peter Strickland and Agnès Varda.

Beyond composing, Blumberg is a visual artist who creates figurative works on paper, and he has been described by Hans Ulrich Obrist as “one of London's most exciting emerging artists.” He has exhibited internationally, most recently at Kunsthal Rotterdam and Deichtorhallen Hamburg.

ABOUT THE FILM
In upstate New York in the 1850s, Abigail (Katherine Waterston), a farmer’s wife, and her new neighbor, Tallie (Vanessa Kirby), find themselves irrevocably drawn to each other. A grieving Abigail tends to her withdrawn husband, Dyer (Casey Affleck), as free spirit Tallie bristles at the jealous control of her husband, Finney (Christopher Abbott), when together their intimacy begins to fill a void in each other’s lives they never knew existed.