Overtime Launches ‘OTE’, a Pro League for the Next Generation of Basketball Stars 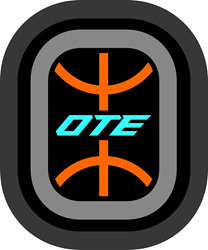 “Paying basketball players isn’t radical. What’s radical is telling people who put in thousands of hours of work to become the best that they have to do it for free.” -- Zack Weiner, Overtime’s president and co-founder.

Overtime, the leading brand for the next generation of sports fans, announced today that it is launching Overtime Elite (OTE), a transformative new sports league that offers the world’s most talented young basketball players a better pathway to becoming professional athletes.

OTE teams will feature a dynamic player roster, competing both within the league and in external competitions against international teams. The league will feature up to 30 players, all living, learning, training and playing in a single city*. OTE’s inaugural season begins in September.

“In just four years, Overtime has become synonymous with sports for a new generation of athletes and fans, with programming that is viewed more than 14 billion times a year and an audience of more than 45 million social media followers,” said Dan Porter, Overtime’s CEO and co-founder. “We have created an amazing platform by telling the stories of the next generation of superstars. Now, it’s time to leverage that platform to create a league that strengthens players’ development and performance and results in fewer injuries and longer careers.”

OTE will directly address one of the biggest issues in global sports: compensation of amateur athletes. Today’s system prevents amateur basketball athletes from earning a single dollar from their talents, while expecting players – and their families – to bear the costs for access to the training, facilities and coaching that are necessary for reaching their full potential. OTE will flip that system on its head by offering the following:

“Many athletes aren’t properly prepared for what it really means to go pro,” said ten-time NBA All-Star, entrepreneur and philanthropist Carmelo Anthony, who is joining OTE’s board of directors. “We need to do a better job of empowering the next generation of players and setting them up for success. OTE is leading the way on that front by offering players a comprehensive route that fully develops the athlete – not just basketball skills, but also education, economic empowerment and building their own brand. Having this type of guidance for high school players is critical in setting them up for a successful career both on and off the court.”

“OTE offers the next generation of basketball talent what they have long deserved: a path that respects their value and honors their potential, as players and as people,” said Zack Weiner, Overtime’s president and co-founder. “Paying basketball players isn’t radical. What’s radical is telling people who put in thousands of hours of work that they have to do it for free.”

OTE also fills a substantial gap in the development landscape for top prospects between the ages of 16 and 18, preparing elite players for the next level in a way not possible in an ordinary high school environment. At every practice and in every game, OTE athletes will compete against their equals: the top prospects from around the world. They will have access to professional facilities, staffed by a world-class front office comprised of coaches, executives and performance personnel with over 30 years of championship-caliber experience in the NBA; experts in fitness, nutrition, and sports science who have helped the best become even better; and advisors who have excelled on the hardwood, the sidelines, and the front office.

The league will also break new ground in offering benefits that strengthen athletes’ bodies and protect their futures.

Players will participate in a robust, accredited academic program that’s highly tailored to their individual needs, with a special emphasis on developing the life skills necessary to manage and sustain a successful pro sports career. OTE will offer a direct-instruction model led by individual instructors who teach both one-on-one and in small group sessions featuring a 4:1 student-teacher ratio. OTE will supplement a traditional course offering with a focus on skills like financial literacy, media training and social justice advocacy, all of which help athletes better prepare for the pressures that come with stardom and the opportunities that come with being a role model.

Overtime also announced its first two key leadership positions for the new venture. OTE’s Commissioner and President is Aaron Ryan, a longtime NBA executive who served the league for more than 22 years in a variety of roles, including Senior Vice President with USA Basketball and as Head of Business Operations for the NBA 2K league. More recently, Ryan served as the Chief Operating Officer for Relevent Sports Group, the largest privately owned soccer company in North America and Asia.

“I’m incredibly excited to join the Overtime family and bring OTE to life,” said Ryan. “We are already building a world-class team of coaches, teachers, trainers and mentors focused on helping these phenomenal athletes prepare for success at the next level.”

OTE’s EVP and Head of Basketball Operations is Brandon Williams, who brings more than 20 years of experience as an NBA player, champion and a league and front office executive. Williams served with the NBA’s Player Programs and Basketball Operations, the Philadelphia 76ers and most recently with the Sacramento Kings as Assistant General Manager. Williams is responsible for building a dynamic basketball organization, which will include recruiting a best-in-class coaching, development, performance and research staff.

OTE leverages Overtime’s existing strengths as a leading sports platform spanning the worlds of media, technology, community and apparel. Since its founding in 2016, Overtime has raised more than $60 million in funding.

About Overtime:
Overtime is the leading brand for the next generation of sports fans. In just four years, we have built a community of over 45 million followers and a platform that generates over 1.7 billion video views each month. We produce original series across YouTube, Snapchat and IGTV, as well as highly engaging short-form content on Instagram and TikTok.