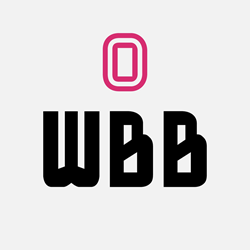 "We want to support the incredible momentum in women’s basketball by helping fans find inspiration and excitement from players at every level," said Dan Porter, Overtime’s co-founder and CEO.

Overtime, the fast-growing sports network for the digital generation, today launched OvertimeWBB, a new platform dedicated to covering the most exciting players in women’s basketball.

OvertimeWBB offers fans in-depth coverage of the next generation of women’s hoops stars, at every level of the game. For the first time, fans can see and watch the game’s most electrifying players, all in one place, every day – from emerging high school talents like Fran Belibi and Zia Cooke to college athletes like Arike Ogunbowale and Katie Lou Samuelson, all the way to WNBA players like Tiffany Hayes. It’s a unique way to stay in touch with women's hoops.

OvertimeWBB will share players’ stories through short-form digital and longer-form series that capture the energy and personalities they bring to the game. These stories will also be featured across Overtime’s distributed network on Instagram, Snapchat, Twitter, Facebook and YouTube. OvertimeWBB will leverage Overtime’s proprietary camera technology and its approach to capturing the best coverage of the game’s most interesting players.

Women’s basketball is one of the most popular areas of American sports. And data shows its popularity is growing: over the past year, there has been a large spike in viewership for the WNBA and for NCAA women’s basketball; this increased viewership cuts across virtually all age groups and genders. OvertimeWBB gives Overtime a way to serve this interest and reach a new and passionate audience.

"We want to support the incredible momentum in women’s basketball by helping fans find inspiration and excitement from players at every level," said Dan Porter, Overtime’s co-founder and CEO. "We’re proud to have a platform that specifically focuses on women, and honored to play a role in building exposure for this next generation of athletes.”

OvertimeWBB builds on the work and vision of She Hoops Network, a women’s basketball platform Overtime acquired in November. In just two years, She Hoops Network became the definitive platform covering female ballers, offering highlights, features and news for the next generation of fans. She Hoops was founded by Marcus Crenshaw, a professional athlete who founded Hoop Cred, the first marketing company for WNBA players, and now represents a number of top WNBA and EuroLeague players through the sports agency VNG Hoops.

OvertimeWBB is programmed by Chloe Pavlech, a journalist, analyst and former UConn women's basketball coach who helped take her team to the Final Four as an undergrad at The University of Maryland at College Park. Pavlech joined She Hoops in 2016 and guided its growth as the company’s co-president and on-air host, before joining Overtime in November.

About Overtime:
Overtime was founded in 2016 by entrepreneurs Dan Porter and Zack Weiner as a sports network for the digital generation. Overtime has since expanded to the college and professional ranks. In 2018, fans watched well over a billion minutes of Overtime content, reaching over 35 million unique viewers and generating 500 million views per month across the company’s social channels. A number of brands –including EA, Gatorade and Jordan– have partnered with Overtime in the last year.