The Austin-based data center consultancy continues to grow and deliver on its core purpose of helping veterans transition into the mission critical industry. 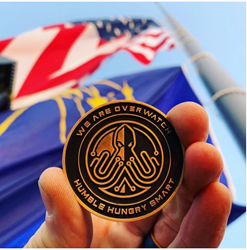 I knew that I would never find a company that valued culture over profits as much as I would, so I built my own.

OVERWATCH Mission Critical, a strategic data center consultancy based in Austin, has announced that the company has passed its two-year anniversary.

“I knew that I would never find a company that valued culture over profits as much as I would, so I built my own,” said Kirk Offel, CEO for OVERWATCH. "I started recruiting people needing what I needed– though some hadn’t realized it yet. I discovered that many of those who thought like I do also come from a military background. Naturally, finding ways to help other veterans discover what I discovered became a part of my mission. Focusing on codifying what I loved most about the military, I began adopting those things into our company culture.”

OVERWATCH recently launched a "Veteran In Transition Apprentice” (OVITA™) program that hires veterans coming off of active duty and provides a structured 6-month training program that finishes with each candidate earning a “Certified Data Center Professional” (CDCP) certification. The company has graduated three veterans this year, and has a queue of candidates going through the program now.

Since OVERWATCH started two years ago, the company has grown to approximately 30 staff members, deployed across the country, and counts some of the largest colocation providers and hyperscale operators as its customers.