Overwhelmed by the Mysterious Warlord, Our Warrior Must Learn New Tactics

Xulon Press presents a story of spiritual warfare and overcoming guilt and shame. 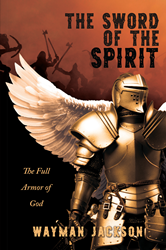 I was on a train headed to school when God gave me an idea to write a series based on Ephesians 6.

A missionary doctor named Frank finds a man beaten and left for dead. As the Spirit Warrior recovers under the doctor’s care, he also falls in love with Frank’s daughter, Faith. Initially attracted to him as well, Faith recoils when she learns of Hezekiah’s dark path. When an enemy known only as Warlord targets Faith and the city she loves, will Hezekiah be able to defeat him?

“I was on a train headed to school when God gave me an idea to write a series based on Ephesians 6,” said Jackson.

Wayman Jackson is a Christian writer with a focus on reaching people for Christ. Currently pursuing his degree in art, he works as a law enforcement officer and taekwondo instructor. Armed with creative imagination, expertise, and a desire to save the lost, Jackson sets out to write literature to draw people to Jesus.

Xulon Press, a division of Salem Media Group, is the world’s largest Christian self-publisher, with more than 15,000 titles published to date. The Sword of the Spirit is available online through xulonpress.com/bookstore, amazon.com, and barnesandnoble.com.