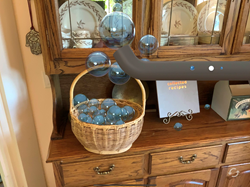 Pantomime Corporation has today launched the Reality Faucet augmented reality app which, on Apple’s iPad Pro 2020 models, uses new LiDAR depth tracking technology to seamlessly merge moving virtual objects with real environments in real time. The Liquid LiDAR in-app purchase lets users spray a kind of virtual liquid around their space, where it realistically flows across floors, behind furniture, and over irregularly shaped objects; bouncing off, flowing and pooling around real things; is pulled by gravity, fills containers; and physically interacts with other droplets and even with the iPad itself.

Liquid LiDAR is a milestone in augmented reality across several dimensions:

“LiDAR is the biggest leap ever into realistic virtual worlds people can reach into,” says Pantomime co-founder and CEO David Levitt. “Where clunky VR headsets block out the environment and isolate users, augmented reality is about anchoring things in the real world. Until now, the standard for mobile AR was recognizing where the nearest flat floor or wall was. Now AR knows the exact shape of your space and all the irregular objects in it. Seeing virtual objects interact realistically with the real world is a new kind of magic.”

The Reality Faucet app and its Liquid LiDAR in-app purchase are available for 2020 iPad Pros at the App Store today.

Pantomime founders Dr. David Levitt and Don Hopkins were on the teams that invented virtual reality and created The Sims™. Their previous apps include the first augmented reality app Invisibility, Pantomime Bug Farm, and Creatures AR.