Papa Rosko takes aim at news media for exploiting viewers by creating sensationalist programming based in fear and anxiety in new video "NooZies. 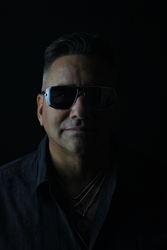 “’NooZies’ is an apolitical video about those in the news media who don’t adhere to the standards to which we believe they should...which is almost all of them. Truth of the matter is, few of them ever have. They just have always given themselves positive press," comments Papa Rosko

Papa Rosko said, “’NooZies’ is an apolitical video about those in the news media who don’t adhere to the standards to which we believe they should...which is almost all of them. Truth of the matter is, few of them ever have. They just have always given themselves positive press. The news business is every bit as corrupt as politics, the only real difference; the people in politics are uglier.”

The video first debuted with Tattoo.com which said, “The video is a trip, depicting the exploitative agenda of news programs and reporters, who inflate, distort, and amplify the news to gargantuan dimensions, playing on the fear and anxiety of their viewers…’NooZies’ confronts the news media, challenging them to convey the facts rather than inflammatory innuendo."

Papa Rosko continued, “In this video I tie “NooZies” into what is going on today, right now, regarding the news media industrial complex and the incredible threat to the planet that is Covid19. I used some of the tricks and tools of the trade of the TV news biz in getting and keeping attention in this video: sensationalism, ”BREAKING NEWS” headlines, live reporter graphics on-screen, multiple graphic sub-headlines, sub-sub-headlines and scrolling headlines at the bottom of the screen. And of course, gratuitous amounts of splashy images and clips…just like the NooZies do.”

On his debut album, “NooZies” is one of the many diverse songs where Papa Rosko delivers a timely, relevant and heartfelt genre-bending body of work, fusing elements of rock, pop, alternative, Latin, and country music into a seamless reggae sound. The new album debuted at #2 on Amazon’s Reggae Chart, #3 on the Nielsen Soundscan US Current Reggae Albums chart, #5 on iTunes Reggae Chart, and is currently in rotation coast to coast in the U.S. with five songs playing on 66 radio stations in 19 countries on 5 continents! It also includes feature collaborations with the reggae legends Third World lead vocalist AJ Brown, the late Toots Hibbert of Toots & the Maytals, and dancehall and reggae star Gyptian. Papa Rosko is out now and available here: http://www.paparosko.com.

“Papa Rosko comes through with this debut album of originals and covers, where rock, pop, alt-rock, Latin and country traces enter a very well fleshed-out reggae template…the album flows seamlessly from one track to the next, where the myriad of influences ensure a varied and highly enjoyable listen.”
–Take Effect

“We’ve all heard “When You Say Nothing At All”… only this time, it’s dressed to party… With playful keys, lively horns and such a colorful video to boot.”
–Top Shelf Music

“Sticking to a standard reggae approach with a strong dub groove, Papa Rosko layers in his twangy vocals accompanied by bluesy electric guitar and a bright horn section. The song is a stone cold groover…”
–Glide Magazine