Park Systems, world-leading manufacturer of Atomic Force Microscopes, today announced that it is among the top 500 on the Financial Times' list of High Growth Companies in Asia Pacific. The list of 500 APAC companies listed in FT’s top 500 includes independent companies from Japan, South Korea, India, Australia, Hong Kong, Taiwan, Singapore, New Zealand, Malaysia, Indonesia and the Philippines that have achieved and sustained high compound annual growth (CAGR) in revenue between 2015 and 2018. 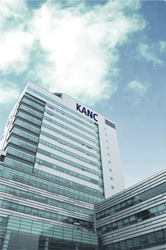 Our innovative design for atomic force microscopy systems, combined with investments in capital assets, research & development and personnel position us for high growth in the fast-moving nanotechnology industries that we serve.

Park Systems, world-leading manufacturer of Atomic Force Microscopes, today announced that it is among the top 500 on the Financial Times' list of High Growth Companies in Asia Pacific. The list is compiled with Statista, a German-based global research company. The sector with the biggest presence on the ranking is technology, with about a quarter of all the companies listed falling into this category.

Park Systems Corporation’s earnings have more than tripled since their IPO in 2015 and income has more than doubled. Park is traded on KOSDAQ, which is the Korean version of NASDAQ, established in 1996 to be a venture capital supplier to small and medium-sized businesses. The underwriter of the company is KB Investment & Securities Co. Ltd. Park is ranked 25th of the Korean companies on the Financial Times top 500.

“We are thrilled to be among the top 10% of APAC’s fastest growing companies. I believe our innovative design for atomic force microscopy systems, combined with investments in capital assets, research & development and personnel position us for high growth in the fast-moving nanotechnology industries that we serve,” comments Keibock Lee, Park Systems President. "We have a long history of providing the most accurate at highest nanoscale resolution and unmatched superiority in AFM technology, which has been the hallmark for our sustained growth.”

Park Systems, founded in 1997, is a global market leader in the AFM industry. Park Systems holds 32 patents related to AFM technology, with products ranging from desktop AFM for research to fully automated AFM systems with robotic arms for semiconductor manufacturing quality assurance. Park Systems's major customers include thousands of prestigious universities, national laboratories and industry leaders world-wide and they are the premier supplier of AFM to nearly all of the leading semiconductor companies.

FT Commissioning Editor, Maxine Kelly mentions in her introduction to this ranking that the list “could help readers to identify those with the buffers to survive the fallout” from the global pandemic. She also adds that these companies have “what is most important in any economic cycle: substance, sustainability and credibility.”

Park Systems is the fastest growing and world-leading manufacturer of atomic force microscopy (AFM) systems, with a complete range of products for researchers and engineers in the chemistry, materials, physics, life sciences, semiconductor and data storage industries. Our mission is to enable nanoscale advances for scientists and engineers solving the world’s most pressing problems and pushing the boundaries of scientific discoveries and engineering innovations. Customers of Park Systems include most of the world’s top 20 largest semiconductor companies and national research universities in Asia, Europe and the Americas. Park Systems is a publicly traded corporation on the Korea Stock Exchange (KOSDAQ) with corporate headquarters in Suwon, Korea, and regional headquarters in Santa Clara, California, USA, Mannheim, Germany, Beijing, China, Tokyo, Japan, Singapore, and Mexico City, Mexico. To learn more about Park Systems, please visit http://www.parksystems.com.