Urban Spaces’s BRIX - A welcome addition to a historic community. 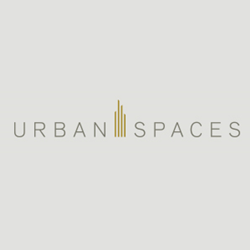 We’re very proud of our investment and commitment to Salem.

The BRIX development in Salem, Massachusetts, is a great example of the trend-setting work of Urban Spaces, a Cambridge-based real estate company. A mid-sized residential buildout in the downtown of this historic city just north of Boston, BRIX is bringing another living option, multifamily condominiums, to an emerging market beyond Boston and its immediate surroundings. Designed to reflect aspects of the historic architecture of its immediate surroundings while embracing contemporary needs, BRIX is a “bridge” that provides cues for others building anew in established urban centers, including and especially in suburban downtowns like Salem.

Urban Spaces has invested around $30 million in this project, which falls into what CEO Paul Ognibene of Cohasset calls “the sweet spot” for the company’s project sizes, usually falling between 20 and 200 units. The 110,000 square-foot BRIX condominium development will offer eight one-bedroom units, 44 two-bedroom units, and nine three-bedroom units. The living spaces will range in size from 800 to 1,700 square feet each, with prices starting in the mid-$400,000 range.

BRIX is slated to be finished in summer of 2021. Along with its 61 units, the building will feature high-end amenities for residents, including a tranquil roof terrace designed to foster a sense of community, an adjacent club room, a pet spa for BRIX’s four-legged residents, and a fitness studio. Approximately 3,000 square feet of restaurant/retail space will occupy the building’s ground floor.

The BRIX project was awarded to the joint venture development team of Urban Spaces and Diamond Sinacori through an extensive Request for Proposal (RFP) process run by the City of Salem. According to Ognibene, the City wanted to make sure any development that replaced the former federal courthouse in the heart of Salem would be designed, as much as possible and practical, to fit seamlessly into a traditional, historic downtown. In addition, Ognibene noted that BRIX will create a new “gateway experience” for vehicles entering downtown Salem and its location is a few minutes to the entry/exit of the local commuter rail to Boston or to points north.

“We feel proud and privileged to be entrusted by the City to contribute to an already wonderful downtown in one of the Commonwealth’s most historic cities,” Ognibene stated. “Hopefully, our designation speaks to our reputation and our expressed willingness to collaborate with the City and its residents. As with all of our projects, we want to ensure that they’re really well suited for the location and that the result of our efforts will fulfill the community’s expectations.”

Some of the landmark projects on which Urban Spaces made its name feature as much, but different types of innovation as BRIX. These include a 180 micro-unit concept, rare for Boston and the largest in the country. Or Dana Park Place in Cambridge, Massachusetts which repurposed several historic buildings previously owned by the Archdiocese of Boston. BRIX’s buildout is very much in tune with one of Urban Spaces’s many core competencies, namely marrying the fabric of existing or emerging urban centers with innovative solutions to contemporary challenges.

This mission-driven Massachusetts-based real estate development company always aspires to have a transformational effect on the communities it serves. Its team tries to find appropriate sites in established and emerging neighborhoods—locations that are close to public transportation, employment hubs, or universities. Salem certainly stands as an example of one such area and BRIX is the right building in the right spot at the right time. To that point, 65% of the units were under Purchase and Sale Agreement within three months of a marketing launch during the Christmas holidays and in the face of a pandemic!

“I think what’s really interesting about BRIX is that it’s the first large-scale multifamily opportunity for homeownership in Salem’s burgeoning downtown,” Ognibene says. “We are really excited to be part of the further growth, revitalization, and enhancement of Salem.”

The company tries to work with the same pool of contractors, consultants, and architects over many jobs to build relationships of trust and loyalty, which improves outcomes. The same goes for its relationships with the neighborhoods in which it builds.

Urban Spaces’s commitments to high-quality buildings and community relationships have given it a great foundation for more work in Salem and in the other municipalities in which it has a presence. With the BRIX project, Urban Spaces has also succeeded in investing in the right location at the right time.

“We’re very proud of our investment and commitment to Salem,” says Ognibene. “We’re pleased to see BRIX join other important signature efforts to bring responsible and respectful development to Salem, one of America’s municipal treasures.