The Carballo Agency, a North Jersey provider of insurance assistance and financial consulting services that works with clients throughout the New Jersey area, is issuing an update on a charity event hosted earlier this month to raise community support for a young girl in Bergen County facing brain cancer 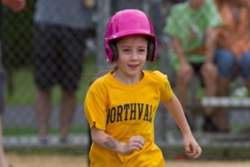 Thank you to all attendees, friends, family members, sponsors and customers who joined us and took a stand to support the Knopp family. Because of you, we are changing so many lives in our community!

The Carballo Agency, a privately managed asset protection and financial planning consultancy that works with business owners and families in the North Jersey region, is engaging the Park Ridge community to share information on a successful charity drive that offered support to a young local girl struggling to overcome brain cancer.

Vivienne Knopp was diagnosed with Diffuse Intrinsic Pontine Glioma, a very aggressive and inoperable form of child brain cancer, after falling ill during Easter weekend of this year. A Designer Handbag Bingo Event Fundraiser for the Knopp Family took place on July 12th, and was attended by over 200 area women. During this event, $14,080.03 was donated to the Knopp family to help pay for medical expenses as Vivienne continues her fight against cancer.

“Thank you to all attendees, friends, family members, sponsors and customers who joined us and took a stand to support the Knopp family. Because of you, we are changing so many lives in our community!” stated Yasiria Carballo, agency principal and acting director of the Carballo Agency.

A number of local businesses were instrumental in the success of the charity event, and the Carballo team has expressed gratitude to the Park Ridge Dairy Queen and Park Ridge Starbucks, as well as to the Galindo Allstate Agency in New Providence, NJ. The staff of the Carballo Agency was also actively involved in the charity drive.

This is the fourth charity event hosted by the Carballo Agency team since the firm became a regional affiliate of the “Agents of Change” charity empowerment group. As committed members of this group, Carballo and her team will be working to host events for new charities and nonprofits in the Park Ridge area on a bimonthly basis.

About The Carballo Agency

As a Personal Finance Representative in Park Ridge, agency owner Yasiria Carballo knows many local families. Her knowledge and understanding of the people in her community ensures that clients of the Carballo Agency are provided with an outstanding level of service. Yasiria and her team look forward to helping families protect the things that are most important - family, home, car and more. The Carballo Agency also offers clients a preparation strategy for achieving their financial goals. To contact an expert at the Carballo Agency, visit http://carballoagency.com/ or call (201) 930-1717.