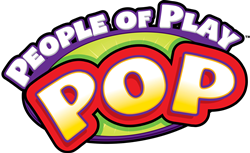 Winners of the highly-esteemed TAGIE Awards (TAGIEs) have been announced by People of Play (POP). The TAGIEs honor the best and brightest innovators, designers and marketers in the toy and game industry. The 2021 TAGIE Awards were presented during the virtual awards ceremony on November 19.

This year’s winners are:

Special stunts were devised and performed by Robert Victor, President and Founder of Kite and Rocket, and his talented team.

About the TAGIEs
Founded in 2008, the Toy & Game International Excellence Awards (TAGIEs) celebrate the outstanding achievements of toy and game industry leaders from around the world, by honoring masters of innovation and invention. The annual event also pays homage to industry professionals who differentiate themselves with their spirit for fun, philanthropy, inventor advocacy, creativity and humanitarianism. Inventors, designers, manufacturers, retailers, media and the general public come together for this prestigious annual gala event. The TAGIEs are hosted in the fall in conjunction with the Chicago Toy & Game (CHITAG) Fair and the Toy & Game Inventor Conferences. For more information, visit http://www.chitag.com/tagies.