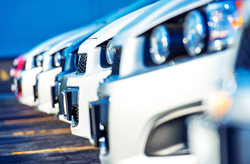 close up of fronts of sedans

Many drivers decide to purchase pre-owned vehicles instead of new vehicles to save money or have another vehicle available. One of the most common vehicle types shoppers choose is sedans because they are often less expensive and keep fuel and insurance costs low. Performance Kia currently has a stock of 20 pre-owned sedans from many different automakers and recommends shoppers seeking pre-owned sedans to visit their location. Pre-owned sedan models are highlighted below from oldest to newest model year.

Most pre-owned sedan models in stock come from the 2019 model year. These include a Volkswagen Jetta S, two Nissan Sentra S models, five 2019 Hyundai Elantra SEL models and a Toyota Corolla LE. The most recent model year models do tend to be the most common models at car dealerships. The current stock of 2019 model year cars all have less than 40,000 miles on them.