UltraTrust.com looks at the importance of seizing moments of clarity for the purpose of estate planning and reviews the Pros and Cons of Phillip Hoffman’s estate planning. 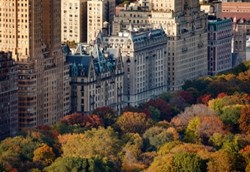 Hoffman's Love for NYC even came out in his will

Since wills are public documents, we get this glimpse into the private life of a celebrity when probate petitions are filed. Wills do not provide the privacy and confidentiality of trusts.

UltraTrust.com reviewed the tragedy of Phillip Seymour Hoffman and his estate planning blunders. He was 46 years old when a friend found him unresponsive in a rented New York apartment after trying to reach him numerous times. According to the New York Times, Hoffman was found with a syringe sticking out of his arm and surrounded by small bags of heroin (1). He was one of the finest American actors of the 20th and 21st centuries, and he was known to families and friends as a very nice guy who somehow managed to come across as a menacing villain in films such Capote, “Mission: Impossible III,” and “Before the Devil Knows You’re Dead.”

Hoffman was a prolific actor whose net worth was estimated by the Christian Post to be in the range of $35 million (2). He is survived by three young children and his long-time partner Mimi O’Donnell. According to his will that will eventually have to be probated, Hoffman’s assets will be placed in an irrevocable trust for the benefit of his son, Cooper Hoffman, upon his 25th and 30th birthdays. He has placed his life-long partner, Marianne O’Donnell, in the role as trustee of the trust and a backup trustee of Emily Ziff. In the will, he goes on to name Marianne O’Donnell as the guardian of the children and a backup guardian of Suzanne O’Donnell, Marianne’s sister.

“Since wills are public documents, we get this glimpse into the private life of a celebrity when probate petitions are filed,” explains Rocco Beatrice, Managing Director of Estate Street Partners, LLC, parent company of UltraTrust.com. “Wills do not provide the privacy and confidentiality of trusts. More importantly, and the biggest blunder in his planning, Hoffman will be forced to pay $10-12M in Estate Taxes because all of the assets were titled in his name. An Irrevocable trust would have saved the family a lot of money and time avoiding probate and the estate tax.”

According to the Christian Post, although Hoffman has shuffled off this mortal coil, moviegoers have most recently seen him in the long-awaited sequel “Hunger Games” sequel, “The Hunger Games: Mocking Jay Part 2,” and possibly other films (2) such as “God’s Pocket” and “A Most Wanted Man.”

“Though he is no longer with us, Hoffman will certainly continue to earn income through the body of cinematic work he left behind,” explains Mr. Beatrice. “Trusts are not only smart substitutes for wills; they are legal structures that effectively pass more than just wealth and estate to beneficiaries. Trusts make the execution of artist contracts more efficient. In this regard, should Hoffman continue to earn compensation or royalties through the Hunger Games franchise or other films, payments can be easily deposited into a trust - avoiding future gift and estate tax issues if the family is guided in the right direction.”

Hoffman’s death has also called attention to his sad history of drug use. According to the Philadelphia Inquirer, one of the heroin dealers who allegedly catered to Hoffman has been arrested and is being held on a $200,000 bond in a New York detention facility (3). The New York Times has mentioned that Hoffman had previously spoken about issues surrounding his drug addiction, and that he had been able to get his demons under control more than 20 years ago (1).

“The possibility of a tragic relapse certainly makes Hoffman’s death even gloomier,” explains Mr. Beatrice. “Alas, death waits for no one; this is something that we should all keep in mind. When people are dealing with substance abuse, they should do everything in their power to get help. Whenever they get a moment of clarity, they should embrace it and think about important issues such as their mortality and what the difficulties that their loved ones may encounter in the absence of estate planning.”

“Estate planning professionals often get questions from clients concerned about leaving their assets to beneficiaries who suffer from substance abuse issues. To this effect, trusts can be constructed in a way that trustees will only distribute funds destined to pay for their beneficiaries' recovery and rehabilitation (5).” What happens, however, when the grantor is the one afflicted by the throes of drug abuse?

“It’s a difficult question to answer. It bears mentioning that moment of clarity again, and it is helpful for addicted grantors to recognize those moments so that they can get their affairs in order,” answers Mr. Beatrice. It also helps when loved ones are supportive and realize the need for estate planning. Hoffman’s estate is certainly sizable and puts him in a high tax bracket; we certainly wished that he had a chance to set up an effective instrument such as an irrevocable trust so that his survivors did not have to bear the brunt of considerable estate taxation.”

“At least with a will Hoffman avoided intestacy. Everyone should try to avoid intestacy,” says Mr. Beatrice, “either by trust or, at the minimum, with a will, such as Hoffman executed. Intestacy can bring about major taxation issues and unwanted lawsuits by creditors and unknown parties.”

About Estate Street Partners (UltraTrust.com):
For 30 years, Estate Street Partners has been helping clients protect assets from divorce and frivolous lawsuits while eliminating estate taxes and probate as well as ensuring superior Medicaid asset protection for both parents and children with their Premium UltraTrust® Irrevocable Trust. Call (888) 938-5872 to learn more.