“The Trial of the Egyptian Pharaoh” from Christian Faith Publishing author Phineas Nyabera is a riveting account that follows the story of the Pharaoh’s trial, the Israelites, the Plaintiffs against the Pharaoh, Egypt’s king, and Defendant. 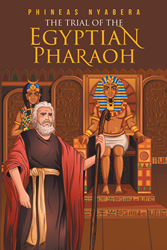 Nyabera shares, “This joyous book came out of my love for teaching. It is the product of teaching and lecturing in schools, universities, and prestigious conferences. The trial of the Egyptian Pharaoh was a case of human rights violations. Pharaoh, the king of Egypt, his officials, and the Egyptian people forced the Israel people into slavery and treated them with extreme cruelty.

“They forced the Israelites to do hard labor and they mercilessly oppressed them and heavily exploited them. The Israelites cried to God and God agreed with them.

“God appeared to Moses in the burning bush and sent him to Pharaoh to tell him to let the Israelites leave Egypt, the land of slavery, and go to Canaan, the promised land flowing with milk and honey.

“God gave Moses two miraculous signs and wonders to perform before Pharaoh and his officials. God hoped that the two miraculous signs will convince Pharaoh and he will let the Israelite leave Egypt and go to Canaan. In his famous call to Pharaoh, God ordered, ‘Let my people go.’
“Moses and Aaron went to Pharaoh in Egypt and told him everything that God wanted him to do. Let the people go. But the Pharaoh, king of Egypt, refused to let the Israelites go out of Egypt. He refused to let God’s people go out of Egypt, the land of slavery.

“Pharaoh, king of Egypt, adamantly asked Moses, ‘Who is the Lord, that I should obey him and let Israel go? I do not know the Lord and I will not let Israel go.’

“However, those miraculous signs and wonders did not deter or stop Pharaoh from his stubbornness. He refused to let God’s people go out of Egypt and God decided to take this case to a higher level.”

Published by Christian Faith Publishing, Phineas Nyabera’s new book is an illuminating read that is written to share the happenings of times past. This manuscript also helps the future generation in knowing and understanding the biblical events that took place before their time.

View a synopsis of “The Trial of the Egyptian Pharaoh” on YouTube.