The Outback Bowl has announced Rita Lowman, President of Pilot Bank, has been elected to the post of Chair of the Board of Directors of the popular New Year’s Day college bowl game located in Tampa, Florida. 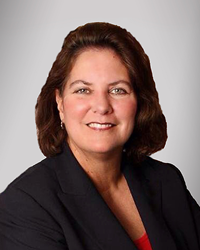 Rita Lowman has been elected Chair of the 2020-21 Outback Bowl.

The Outback Bowl is a unique association and not only represents the game of college football, it represents giving.

“It is my honor to serve as the Outback Bowl Chair as we celebrate our 35th anniversary game,” stated Lowman. “The Outback Bowl is a unique association and not only represents the game of college football, it represents giving. To date the Outback Bowl has given over $2 million to organizations within our community while having a $1 billion impact on our region. The Board and Outback Bowl staff leadership team work together to bring an outstanding event to Tampa Bay each year. I am proud to be serving as Chair of the 2020-21 Bowl.”

"Rita has been an instrumental leader in our organization and the Tampa Bay community," said Jim McVay, President/CEO of the Outback Bowl. "We are extremely fortunate to have her involved with the bowl and as our Chair for our 35th anniversary game."

Additional officers elected by the board for the 2020-21 bowl include:

The Outback Bowl features teams from the Southeastern Conference and Big Ten /ACC played in Raymond James Stadium and is celebrating its 35th game on January 1, 2021. Over its history it has brought more than a million out of market visitors to the region while creating an estimated $1 billion in economic impact and distributing $155 million to universities. It has also contributed more than $2 million to local charities since 2016.

For information on the bowl go to http://www.OutbackBowl.com or call 813-874-BOWL.

About the Outback Bowl:
The Outback Bowl attracts visitors from more than 40 states each year to join local fans for the game and week of events while generating tens-of-millions of dollars in exposure for the region. The bowl boasts the longest title sponsor in bowl game history with Outback Steakhouse entering its 26th year with the game. To date the Outback Bowl has contributed over $155 million to universities over its history and is estimated to have generated more than $1 billion in economic impact for the Tampa Bay area. It has also donated more than $2 million to charities since 2016 and has committed to paying an additional $39 million to universities and donating at least $2.5 million more to charities through the 2026 game.