The Orange County-based plastic surgeon comments on a recent article that enhancing one’s appearances through plastic surgery or cosmetic procedures have become an everyday reality since its prominence in the mid-to-late 20th century. 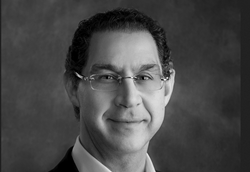 A May 13 article on Cheat Sheet reports on soap opera star Jeanne Cooper of The Young and the Restless, who marked a TV milestone in 1984 when her character received a facelift. The article reports that the breakthrough moment was written for her TV character because the star had the procedure in real life, which included some work to her eyes and a chin tuck. Ms. Cooper spoke of the positive impact that the historic soap sequence had on both her life as well as for others looking into plastic surgery. By not only having the procedure but also showing it off on television, it opened up possibilities for viewers as well, the article reports. Orange County-based plastic surgeon Dr. Michael Jazayeri says the acceptance of cosmetic procedures and plastic surgery has certainly come a long way in the last few decades. He adds that Jeanne Cooper’s story is a good reminder that, however, an individual chooses to enhance their looks, it should always be the sole decision of the individual and celebrated as their choice, not stigmatized.

Now, more than ever, appearances can have a monumental impact on first impressions which in turn affect personal and professional opportunities, Dr. Jazayeri says. Whether it’s a profile picture on a dating app or a job interview, how a person looks makes a difference, whether or not people that is a good thing, says the doctor. The Orange County plastic surgeon adds that, because so many social interactions are occurring online via video conferencing platforms, people are noticing unflattering details they never noticed before through the small, mirrored box reflecting their image back at themselves during calls. Dr. Jazayeri says it’s becoming increasingly common for everyday individuals to look into cosmetic procedures or plastic surgery such as rhinoplasty or eyelifts to ensure that they are always presenting the best version of themselves and consequently giving themselves the best possible chance of achieving success in all aspects of their lives.

Dr. Jazayeri notes that, in terms of both safety and outcomes, it is important for individuals interested in having a procedure to ensure that their physician is a board-certified plastic surgeon. Like Dr. Jazayeri, these plastic surgeons will not only be able to ensure that the patient receives flattering work, but also that the procedure will be completed to the safest and highest medical standards. Unlike other types of practitioners, board-certified plastic surgeons undergo an additional two years of training in the field as well as having their qualifications vetted by top medical officials.

Readers interested in learning more about cosmetic procedures and plastic surgeries with Dr. Michael Jazayeri can call his offices at (714) 834-0101 or visit his website at https://drjaz.com.