Announcing new partnership with Mitchell and King, one of the most unique and exclusive car wax artisans in the world. 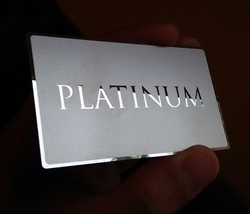 I created this business as a sole proprietor formerly working as a personal trainer and underwear model.

With many luxury-customizing car companies in the market, PLATINUM Details rises from the pack with a distinct quality of service.

Founder and CEO, Jesse, built PLATINUM with his own mind, drive and nurtured skill set in handling cars. He worked for years in different industries and fell upon car customization. Realizing his potential, he decided to take his abilities further and began offering them to new clientele, the millionaire car enthusiasts.

“I am originally from the Bronx and have worked a lot of different general labor jobs. During this time I had gained experience in high-end and high-volume detailing shops,” Jesse recollects, “I created this business as a sole proprietor formerly working as a personal trainer and underwear model.”

PLATINUM provides select packages in color correction, interior finish, engine dress and paint polish among others. The company’s most recent achievement is the relationship established with Mitchell & King to provide luxury treatment. The premium M&K package costs over $15,000 in which Jesse wishes to keep this certain packages’ methods and procedures a secret. The brand is high end and well known for its GoldRush Rally wax, which is a staggering $97,000. This item is exceptionally exclusive and the owner reserves the right to refuse purchase.

Keep a lookout for this young power player making big connections with top echelon of society.

Years of developing specialized skills in custom car detailing enabled PLATINUM'S leader to harness his knowledge and create a sole-proprietary value in the luxury market. The company currently works with clients in New York, Long Island, the Tristate, Nashville and further south. The brand continues to expand throughout the nation.