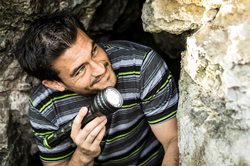 Developed by portable lighting manufacturers and industry experts and vetted by users and other stakeholders, the new ANSI approved Standard spells out specific testing, reporting and marketing methods for portable lighting products that emit directional light. The new Standard now includes area lights and refines specific lab testing procedures and conditions not addressed in previous versions of the Standard.

PLATO’s Executive Director, Andy Skoogman, said the ANSI/PLATO FL 1-2019 Standard reflects the organization’s commitment to monitoring, updating, and revising the standard to ensure it remains relevant to industry advancements. Skoogman also said this version, like previous versions of the Standard, continues to improve the transparency of marketing claims for consumers and the accountability of manufacturers.

“The ANSI/PLATO FL 1 -2019 Standard allows buyers to make solid comparisons of value and performance from all available suppliers of portable lights, including area lights,” Skoogman said. “The new Standard also reduces the chances that a supplier will make false or misleading claims about the performance of its products either by mistake or otherwise.”

The ANSI/PLATO FL 1 -2019 Standard focuses on the key critical testing metrics: beam distance, peak beam intensity, run time, impact resistance and water penetration protection. PLATO did not change the marketing icons with the release of the latest version of the Standard. The new standard is free to PLATO members. Non-PLATO members may purchase a copy for $500.

“We are confident the updated ANSI/PLATO FL 1-2019 Standard will assist manufacturers in ensuring their products are preforming as intended,” said PLATO President Kevin Parsons. “We feel it also sets a level playing field in helping end users and retailers make informed decisions about choosing a portable light that meets their needs. Overall, PLATO is in an even better position to add value to the portable lighting industry and our members.”

As an Accredited Standards Developer, PLATO is proud to have worked autonomously to revise the original ANSI/NEMA 2009 Standard both in 2016 and again in late 2019. PLATO’s Standard Committee led these efforts.

At the time the latest Standard was approved, the PLATO Standards Committee was composed of the following members:

The Portable Lights American Trade Organization (PLATO) is the largest internationally recognized consortium of global manufacturers in the portable lighting industry, which includes flashlights, headlights, bike lamps, area lights and spotlights. Our members are some of the most well- known and well-respected manufacturers in the world.

PLATO is also the standards development body responsible for the continued development and oversight of the Revised ANSI/PLATO FL-1 2019 Standard. The Standard spells out specific testing and reporting methods for portable lighting products that emit directional light.