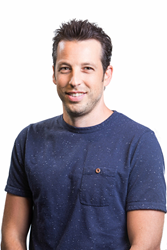 We are confident that by leveraging our live-ops, game economy, and performance marketing expertise, Playtika will make Solitaire Grand Harvest the number one solitaire game in the market

Leading mobile games company, Playtika, announced today that it has completed its acquisition of Austria-based developer Supertreat GmbH. The announcement comes just a few weeks after the company acquired German puzzle and hidden object specialist, Wooga GmbH, and a little more than a year after it acquired Jelly Button Games Limited, both significant steps in the company’s strategy to further expand into casual games. As part of the acquisition, Playtika will add the successful “Solitaire Grand Harvest” app to its growing portfolio of casual game titles.

“Solitaire is one of the most evergreen single-player games and a very competitive category, but Supertreat cracked it and succeeded in creating one of the highest grossing solitaire games within just a year of its launch,” said Nir Korczak, Chief Marketing Officer at Playtika. Korczak also noted the company’s impressive long-term retention metrics. “We are confident that by leveraging our live-ops, game economy, and performance marketing expertise we will make Solitaire Grand Harvest the number one solitaire game in the market.”

“The success of Solitaire Grand Harvest gave us the opportunity and flexibility to select our ideal partner to grow the game even further and we are thrilled to have chosen Playtika,” said Christian Baumgartner, Co-founder and CEO at Supertreat. “They’ve proven multiple times that they know how to scale a game post-acquisition and we expect to see similar success for Solitaire Grand Harvest.”

About Playtika
Playtika is a leading gaming company with over 27 million monthly active users playing its titles. Founded in 2010, the company was among the first to offer free-to-play social games on social networks and, shortly after, on mobile platforms. Headquartered in Herzliya, Israel, the company has over two thousand employees in offices worldwide including Tel-Aviv, London, Berlin, Montreal, Chicago, Las Vegas, Santa Monica, Buenos Aires, Tokyo, Kiev, Bucharest, Minsk, Dnepr and Vinnitsa.

You are cautioned that forward-looking statements are not guarantees of future performance or results and involve risks and uncertainties that cannot be predicted or quantified, and, consequently, the actual performance of Playtika Ltd. and its group of companies may differ materially from those expressed or implied by such forward-looking statements.