The Port Washington Union Free School District (UFSD) announced it has joined BidNet Direct’s Empire State Purchasing Group and will be publishing and distributing upcoming bid opportunities on the system. 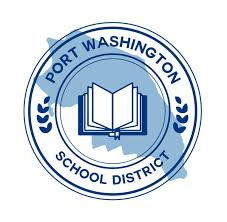 The School District joined the purchasing group in January, and will utilize the system to publish and distribute upcoming bid opportunities. The Empire State Purchasing Group is a single, online location that manages sourcing information and activities and provides local government agencies throughout New York the tools needed to minimize costs and save time throughout the purchasing process.

“We are always looking to increase our vendor pool and competition,” says Jessica Mack, Assistant Business Administrator/Continuing Education Coordinator for the Port Washington Union Free School District. We hope the Empire State Purchasing Group will help us extend the reach of our solicitations, and it can help our vendors find more local opportunities,” she continued.

Registered vendors can access all open bids, related documents and files, additional addenda and award information. In addition, the Empire State Purchasing Group offers a value-added service to notify vendors of new bids targeted to their industry, all addenda and advance notification of expiring term contracts. Registered vendors have access to not only Port Washington UFSD bid opportunities, but all participating agency bids.

Vendors may register on the Empire State Purchasing Group at: http://www.bidnetdirect.com/new-york. BidNet’s vendor support team is available to answer any questions regarding the registration process or the bid system at 800-835-4603 option 2.

Other local government agencies in New York looking to switch from a manual bid process, please contact the Empire State Purchasing Group for a demonstration of the no-cost sourcing solution.

Port Washington's first school, the one-room Flower Hill School, is said to have been built in 1757. In those days, the school was heated by a stove with wood carried in by the students. The school master had the only desk - students sat on backless, wooden benches with boys on one side of the room and girls on the other.

In 1848, another school was built. The Little Red School was on the corner of Pleasant Avenue and Mill Pond Road. Still a primitive facility - with a bucket and dipper for thirsty students and one set of readers to be shared by all - the school was moved across the street to make way for Port's first church and continued to be in use until it was destroyed by fire in 1926.

The first Sands Point School was built off Harbor Road in 1864. By 1870, the growing number of students required a new school, which was built across the street. Another school, also called the Flower Hill School, was built in 1869 at the site of our present Police Headquarters. When the railroad was extended into town in 1897, the population grew and the school was expanded. It educated many of Port's children until it was badly damaged by fire and abandoned in 1924. During this time, all students walked to school. The school was known for its excellent baseball team. Discipline was very strict - the principal carried a rubber hose with him and did not hesitate to use it to tan any student who misbehaved.

Main Street School's cornerstone was laid on September 21, 1908. The property had been purchased for $36,000 and the construction costs were $75,000. The voters passed the bond for the school to be built by a vote of 55 for and 46 against. This school represented a giant step for education in Port Washington - it was the first high school and offered elevated standard in education not only for graduation from high school but also preparation for advanced study. The community's celebration included a parade with the 600 school children, many local organizations, the Board of Education and three marching bands. The newspaper editor called it, "the greatest event in the history of the community."

When a separate high school was built in 1929, Main Street School became an elementary school. It was closed in 1985 and converted into a community center and senior citizen housing.

The Port Washington High School, today known as Weber Middle School, took in the tenth through twelfth grade students from Main Street School. The building was approved by Port residents in 1927, with a 1463 residents voting in favor of building the new high school and the new Sands Point School and 102 voting against the proposition. Just as today, the auditorium was used for dramatic productions, band concerts and community events. The new high school showed basic changes in the community's educational philosophy: students would now learn by doing, rather than by memorizing, and education was viewed as a means fulfilling individual needs, rather than just to pass Regents exams. These two principles are still basic elements of education in Port Washington today.

The postwar years saw great population increases in Port Washington. The "baby boom" meant that there were many children in town. The Long Island Rail Road appealed to many families who appreciated the easy commute to jobs in Manhattan. Descendants of many original families remained in the community. During this time, there was a tremendous increase in residential, commercial and school building. Salem School was built in 1951, to serve the families moving into new homes in that neighborhood. Schreiber High School opened in 1953 and a second junior high school, named after local bandleader John Philip Sousa, in 1958. Manorhaven School was built in 1954 and Guggenheim in 1962.

All seven schools open this year - Daly, Guggenheim, Manorhaven, Salem, Sousa, Weber and Schreiber - make up the present Union Free District #4. Each holds a special place in the hearts of its students, parents, faculty and staff, and together they offer educational experiences that make the entire community proud.

BidNet Direct, powered by mdf commerce, is a sourcing solution of regional purchasing groups available at no cost to local government agencies throughout the country. BidNet Direct runs regional purchasing groups, including the Empire State Purchasing Group, across all 50 states that are used by over 1,500 local governments. To learn more and have your government agency gain better transparency and efficiency in purchasing, please visit https://www.bidnetdirect.com/buyers