Same-store sales growth was -2.1% in December, the worst result for the industry in over two years. This report comes from Black Box Intelligence™ (formerly TDn2K™) data based on weekly sales from over 47,000 restaurants and $75 billion in annual sales. 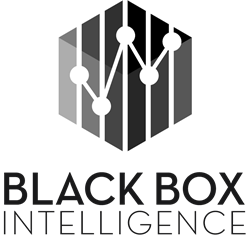 Restaurant year-over-year sales growth was weak during December. A shift in the Thanksgiving holiday is partly responsible for the abysmal results, reversing the positive figures recorded in November. Same-store sales growth was -2.1% in December, the worst result for the industry in over 2 years. This report comes from Black Box Intelligence™ (formerly TDn2K™) data based on weekly sales from over 47,000 restaurants and $75 billion in annual sales.

“As bad as the month seemed, as we said last month, the topline growth result is not telling the full story,” commented Victor Fernandez, vice president of insights and knowledge for Black Box Intelligence. “As Thanksgiving was celebrated so late in the month, it fell into December for 2019 according to the calendar we use for reporting.”

This holiday, typically associated with low restaurant sales as well as some restaurants closing that day, translated into lost sales in December of 2019 while the month did not face the same headwinds a year ago.

“Regardless of the holiday shift, December was unsurprisingly a bad month for restaurant sales,” continued Fernandez. “Yes, the first week of the month had a double-digit percentage point drop in same-store sales, but the rest of the weeks of December also reported negative sales growth. The industry has experienced a slowdown in restaurant sales throughout the year. Coupled with the fact that December of 2018 was strong in terms of same-store sales thus presenting a challenging comparison, December of 2019 was projected to be weak regardless of holiday shifts.”

Same-store sales growth during Q4 shows restaurant sales decreased by -0.1%, which represented an improvement of 0.3 percentage points over Q3. Furthermore, calculating same-store sales growth over 2 years reveals a 1.4% growth over the fourth quarter of 2017. This was the best 2-year growth rate in all of 2019 and the fifth consecutive quarter in which the industry has been able to post positive growth under this longer-term view.

Sales growth for the entire year also achieved small positive momentum. Same-store sales growth for 2019 came in at 0.1%, which means the industry achieved positive growth for the last 2 consecutive years (sales growth was 0.8% in 2018). “From a bigger-picture perspective, what we continue to see is an industry crippled by declining traffic but continues to experience guest check growth large enough to drive some small positive sales movement. Given the traffic challenges facing the industry, stronger and sustained long-term sales growth is really not an option,” said Fernandez.

December’s -5.7% same-store traffic growth reflects the negative effect of the Thanksgiving calendar shift, which worsened the latest monthly results. But the Q4 and 2019 traffic growth rates reinforce the idea that falling guest counts are, along with workforce pressures, the biggest challenges for chain restaurants today.

Family and Upscale Dining Outperformed During the Quarter

On the higher end of the guest check spectrum, guests continue to respond well to fine dining brands, which has now posted 3 consecutive years of sales growth. As the rest of the industry has shifted towards increasing off-premise sales, fine dining continues to focus on delivering superior restaurant dine-in experiences for their guests. This segment is also driven by expense account users that continue to entertain their clients as a key business strategy. The attention to quality and service seems to resonate well with fine dining corporate and personal diners given the positive same-store sales growth achieved by this segment over the last 3 years.

Upscale casual also achieved positive sales growth during Q4 but experienced a small dip in sales for the entire year compared with 2018.

The Economy and Consumer Demand Expected to Continue Increasing Modestly

“The 2020 economic outlook is for more of the same,” according to Joel Naroff, president of Naroff Economic Advisors and Black Box Intelligence economist. “If you liked 2019, you will enjoy this year. If you were disappointed, then plan accordingly. While the fears of an all-out trade war seemed to have dissipated (and hopefully will not re-emerge), that does not mean the economy is likely to rebound sharply. In the U.S., consumer spending is being restrained by softening gains in wages, even as job growth remains solid and labor shortages continue to plague business. Globally, forecasts are for soft growth in China and Europe to continue.”

“There is little reason to expect a major upturn in business investment. Government spending, a prime factor in growth, may be limited by the return of trillion-dollar budget deficits. In other words, there are few factors that would constrain growth significantly or cause it to accelerate sharply. For the restaurant industry, that implies modestly rising demand this year.”

Staffing difficulties continue to rise for restaurants. After a few months of flat and even improving employee retention, rolling 12-month turnover rates worsened again for both hourly employees and restaurant managers during November based on the latest Black Box Intelligence Workforce data. Turnover remains at historically high levels for the industry and is frequently cited by restaurant operators as one of their biggest obstacles for success.

Compounding the problem for restaurants is the fact that it is increasingly harder to find qualified employees to fill vacancies created by turnover. According to Black Box Intelligence’s Workforce Index, by the end of Q3, 63% of restaurants expressed that difficulty in recruiting hourly staff increased from the previous quarter. 58% of restaurant companies said recruiting difficulty increased for restaurant managers. Recruiting difficulties are even higher for limited-service brands, with a higher percentage saying they are having a harder time finding hourly employees and restaurant managers than they were 3 months ago.

As a result, the percentage of restaurant locations that is understaffed is increasing. For an industry that relies heavily on its workforce, this can only mean bad news. Especially when taking into consideration guest sentiment. Black Box Guest Intelligence sentiment data continues to show the strong relationship that exists between perceived service experience at the restaurant level and a restaurant’s sales and traffic results.

Despite declining guest counts, the industry is in a relatively stable path of flat to slightly positive same-store sales growth fueled by accelerating guest check growth. As the industry begins lapping over relatively softer sales and traffic results from the beginning of 2019, some improvements in year-over-year results are possible for these important metrics. However, declining traffic will continue to be the norm and sales growth will remain modest at best.

Two factors emerge as we start the new year that could disrupt restaurant performance. The first is the usual warning that occurs during the winter months. The weather has been a strong force in recent years, particularly in February, and is a factor that can greatly alter restaurant sales.

The other is a change in consumer sentiment based on potentially growing political instability. Election years are always tricky for restaurants, and this one is already off to a rocky start