G-CON Manufacturing Announces that it has Received its Second and Third Notices of Allowance for Patents on its Modular, Pre-Fabricated Mobile Clean Room System

Additional Patents in the U.S. Build on Prior U.S. Patent and Significant Global Patent Estate 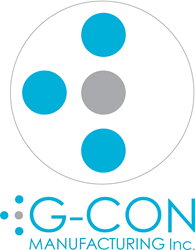 These Notices and ultimately the patents to be issued further strengthen our position of being the most advanced and largest prefabricated cleanroom provider.

G-CON today announced that it has received Notices of Allowance from the United States Patent and Trademark Office for its Patent Applications 14/858,857 and 13/669,785 both entitled Modular, Self-Contained, Mobile Clean Room. The U.S. Patent and Trademark Office’s allowances of these patent applications further expand the protection of G-CON’s R&D investments and validate the G-CON platform as a novel way to produce cleanrooms. Such findings are the latest endorsement of the G-CON POD® approach. G-CON has won several awards for product innovation in the pharmaceutical and biopharmaceutical industry including but not limited to: The ISPE’s Facility of the Year Award for Equipment Innovation 2016, Interphex’s Best Technology Innovation 2015, Pharmaceutical Processing’s Facility of the Year, and being selected as a Finalist in the category for Best Collaboration Partnerships for the 2016 BioProcess International Awards.

G-CON was founded on a proprietary platform approach that transforms the way that cleanrooms are designed and built. G-CON’s in-house engineering team designs the G-CON POD® portable cleanrooms to meet the customer’s specifications. The G-CON POD® cleanrooms are then built and qualified entirely in G-CON’s facilities. G-CON was the first to offer this novel approach of delivering prefabricated cleanrooms. Up to now, cleanrooms have been generally built in place and are provided as construction projects with attendant delays and unpredictable costs. The G-CON POD® approach allows for a much more predictable result in terms of costs, schedule and quality since the same expert team builds each POD with the same core materials. This avoids product variability due to changing raw materials and transient construction crews.

“We are delighted to receive these additional Notices of Allowance from the U.S. Patent and Trademark Office,” stated Maik Jornitz, President and CEO of G-CON Manufacturing. “Such Notices further endorse our POD approach and motivates us to further innovate and provide even better offerings for our customers and ultimately the patients who receive our customers’ therapies. When we started in 2009, we had one product for one application. The current POD portfolio meets the requirements of a number of applications, including bioprocessing, oral solid dosage forms, predesigned filling and single-use technology unit operations and the strict containment needs for ADCs and cell therapies. These Notices and ultimately the patents to be issued further strengthen our position of being the most advanced and largest prefabricated cleanroom provider.”