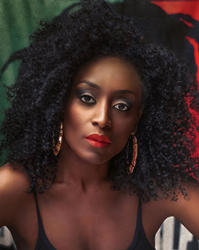 Kesha Lambert is an accomplished wedding photographer whose work has appeared both in national and international publications.

“I look forward to bringing my perspective and experience as a photographer, lawyer, and business owner to the work that PPA is doing for and on behalf of its members and the industry at-large.”

Today, Professional Photographers of America announced the appointment of Kesha Lambert to its board of directors. Lambert, an accomplished photographer and lawyer, will help shape the vision for the nonprofit beginning in March 2021.

Lambert is an international wedding and portrait photographer based in New York. She has photographed hundreds of weddings, including in the paradisiac St. Martin and Cabos San Lucas. Born in North Carolina, Lambert was raised in the Bronx and went on to graduate from Fordham Law School. After helping people as a lawyer, she now helps clients by creating stunning photographs of them that serve as heirlooms for generations to come. Early this year, Lambert was named a Sony Artisan of Imagery by Alpha Universe.

“I look forward to bringing my perspective and experience as a photographer, lawyer, and business owner to the work that PPA is doing for and on behalf of its members and the industry at-large,” Lambert said in a statement to PPA.

Lambert’s work is characterized by bold color and movement, dramatic lighting, and a palpable sense of emotion. Her photographs have appeared internationally in publications including People, The New York Times, Essence, Brides, The Knot, Bella Naija Weddings, and, recently, Munaluchi Bride (which was also the first magazine to publish her work).

“We are delighted for Kesha to join our board next year,” PPA President Gregory Daniel said. “She brings a broad brush of powerful knowledge, talents, and experience to the table that will play an essential role in our visioning for all PPA members.”

Lambert is an active educator in the photography industry and has led classes at Imaging USA, WPPI, Mystic Seminars, The Photo Cookout, and Sony Kando Everywhere. As a board member, her leadership will be critical in the on-going development of both PPA’s new wedding photography degree and the organization as a whole.

“I was so impressed after seeing Kesha’s wonderful talents on display when she presented her wedding class earlier this year during Imaging USA,” Daniel said. “I am excited for the future of our association and proud to see high impact individuals like Kesha getting involved in our leadership.”

About PPA:
Professional Photographers of America (PPA) is the largest and longest-standing nonprofit photography association. Founded in 1868, PPA helps 30,000 members elevate their craft and grow their business through resources and education, all under PPA’s guiding principle of bridging the gap between photographers and consumers.