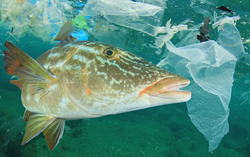 We are encouraged to dream about celebrating Earth Day at 100 on a more sustainable planet.

With much of the U.S. on lockdown due to the coronavirus pandemic, the momentous physical celebration planned to celebrate the 50th Anniversary of Earth Day and the start of the national movement to promote environmental protection has gone virtual.

“The spread of the novel coronavirus has disrupted our plans to exhibit and commemorate this milestone at EarthX in Dallas, so we’ve moved the celebration online and will be sharing the insights of luminaries, leaders and ordinary citizens on what collectively we can do to ensure our survival and stem the loss of biodiversity,” said Kevin Lynn, executive director, Progressives for Immigration Reform (PFIR) and the Center for Progressive Urban Politics (CFPUP).

Over the last several months, PFIR and CFPUP have interviewed leading ecologists, activists, scholars and everyday citizens for their thoughts on the current state of the planet, what the 50th Anniversary of Earth Day means to them and their wish for the planet’s future.

These reflections are posted on the Our Carbon Footprint website as videos, articles and resources. In addition, at the Facebook page 50th Anniversary Earth Day (@50thEarthDay) visitors can learn about the history of Earth Day and the conservation movement, as well as share their thoughts and post a wish for the Earth and what they’d like to see happen in the next 50 years for Mother Earth, humanity and all of biodiversity. The public can also participate virtually on Twitter @Our_CarbonFP (Earth Day 50th Anniversary) and on Instagram @our_carbonfp.

“This compilation of voices and opinions from leading experts, including global ecologist Dr. Michael Charles Tobias, population and immigration writer Joe Guzzardi, astronomer and long-time conservationist Ben Zuckerman, and environmental scientist and wildlife biologist Leon Kolankiewicz, along with people we interviewed in “Man-on-the-Street” interviews, is enlightening and inspiring,” added Lynn.

Tobias, president of the Dancing Star Foundation, prompts listeners to heed the overwhelming biological and scientific data pointing to the dramatic loss of biodiversity due to Man. UCLA professor emeritus Zuckerman, a veteran environmental and population activist, stresses the need to combat both overpopulation and overconsumption simultaneously.

Although few of those interviewed at a Los Angeles Farmers Market were alive at the time of the first Earth Day or were aware of its history, it didn’t stop them from voicing their deep concern for the planet and expressing that, universally, mankind is obligated to and must commit to preserving the health and biodiversity of Earth for future generations.

“As we commemorate the 50th Anniversary of Earth Day, there’s much work to be done to stabilize and improve the conditions that have systematically eroded ecosystems and degraded the environment, but there also is tremendous hope that it can and will be done,” said Lynn.

“PFIR and CFPUP are proud to engage the public in these important discussions, and we are encouraged to wish for and dream about celebrating Earth Day at 100 on a more sustainable planet.”

About 50th Anniversary Earth Day and Our Carbon Footprint
Created by the Center for Progressive Urban Politics and Progressives for Immigration Reform, the 50th Anniversary Earth Day project at Our Carbon Footprint was planned to educate, inform and inspire individuals to consider the impact of their decisions on the environment. Practicing good Earth stewardship today, and lowering our carbon footprint, will help ensure a future in which humans, animals and other biodiversity can thrive.

About Progressives for Immigration Reform
PFIR is a nonprofit organization seeking to educate the public on the unintended consequences of mass migration. PFIR supports economic policies that protect workers’ rights, increase wages for less affluent Americans and decrease economic inequality. Integral to our beliefs are backing environmental policies that preserve habitat for wildlife and conserve resources for future generations.

About the Center for Progressive Urban Politics
CFPUP advocates for working together to build more livable communities. We want to open up the political process for people by informing on policy decisions being made in urban areas.